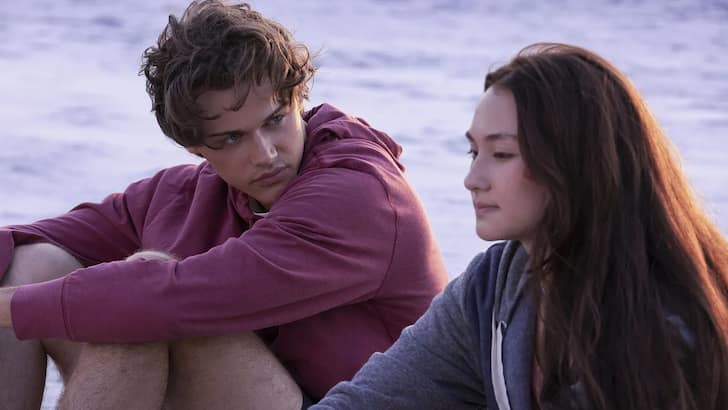 TV series and seasons are picking up the pace and are notably and successfully replacing movies in many ways. If not much, they allow the audience to feed their cravings until their expected movie drops. The Summer I Turned Pretty is one of the megahits of 2022. A love triangle is always applauded by all.

This one made it to viewers' hearts with the sizzling chemistry between actors and the drama that was a bonus with romance. The series follows a young girl, Belly, as she falls for her first love again. But things don't remain as simple when both brothers stir up her life and emotions. She contemplates choosing friendship or love. However, the answer is always evident.

If you enjoyed the drama-filled, romance, and fun-packed series like The Summer I Turned Pretty, below are some recommendations for you.

Best Shows and Movies Similar to The Summer I Turned Pretty (2022):

Another coming-of-age series that spread dazzlingly like fire in the woods is Never Have I Ever. With no love triangles unlike The Summer I Turned Pretty, the former took the life of a regular Indian-American teenager and brought it to light.

Devi is a girl who wants to be popular in her college, and her life seems to be at odds with her. Fate bestows a chance on her, and she shines like a diamond in the sky. Followed by fun and laughter, her upsetting life becomes sparkling with her growth and understanding.

2022 has been giving megahits, be it romance, comedy, coming-of-age, or action-fantasy. Heartstopper novel got its Netflix adaptation after gaining immense popularity, and the series did nothing less than expected.

The dramatic blend of comedy and teenage love and the never-ending problems of teenagers are portrayed engagingly. Charlie, the cute boy, works hard to keep his feelings a secret from his class fellow Nick. But things turn into a drama when the same spark glows in Nick.

It is a series that made Netflix a hot topic everywhere after its first release in 2020. The series brought many controversies with it that only added to its fame. The innovative manifestation of regular conventions made this show a blockbuster.

The series follows Emily, a graduate in her late twenties, and her life in Paris. Her mundane life becomes exciting and thrilling. It is filled with mind games and politics as she opts for an odd job that brings many troubles her way. But who knows if love is among them or perhaps a solution to all this?

Love doesn't remain forever in most cases, but friendship is forever. Friendship becomes the pillar that holds them when everything falls apart in a teen's life. The Edge of Seventeen is another series that highlights such aspects of growing up.

Nadine didn't have it easy because of her famous brother. With her life on the brink of sinking, the final blow hits her when she loses her best friend to her brother. Still, Nadine struggled to cope. A fateful encounter with a sensible teenager named Erwin made her see things otherwise.

Surviving Summer is another teen drama that dropped on the screens in 2022, like The Summer I Turned Pretty. It is a heartfelt series with much drama, some rebellious teenagers, and many reality checks.

Summer Torres is in her rebellious teenage years. She is sent to a small town in Australia to knock some sense into her outrageous and purposeless living style. It is no less than a punishment for her. Yet, as time passes, Summer falls for the pure people, serenity, and pure life of her cousin's hometown. Will she be able to bring this change back with her?

More films and web series to watch after The Summer I Turned Pretty (2022):