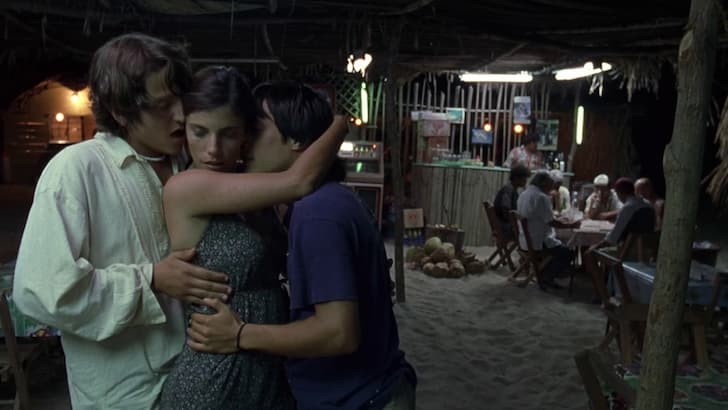 Curiosity is at its peak during teen years. Losing oneself is relatively easy as compared to finding oneself. Y Tu Mama Tambien brought in two raunchy teenagers and an older woman to showcase the perks of an adventurous life. The Mexican romantic drama is highly applauded because of the sizzling chemistry and intriguing romance between the leads.

Two friends, Julio and Tenoch, begin an adventurous road trip. Their boring trip becomes interestingly steamy and exciting when they meet an alluring woman named Luisa. The three enjoy a relationship derived by desire and urges and cross the threshold of teen life.

If you like interesting, adventurous movies with love drama and a little steamy romance, then below are some recommendations for you.

Being a bright student and a nerd always has its perks. There are things that one cannot learn unless they drop the honor student demeanor. An Education is one such coming-of-age movie with drama and romance that will let you witness a steamy love affair.

The film focuses on a young girl named Jenny. The only few things she knows in her life are her loving family, her good grades, and her perfect image. However, when a mature and sturdy playboy makes his debut in Jenny’s life, she is lured to experience emotions and realities she never knew. Will they help her grow as a person?

Y Tu Mama Tambien focuses on the age difference between lovers, and that is where Adore picks up the story. Adore is based on the same demographics as the former. However, it portrays many complex scenarios and relations that may sound like a fantasy.

Two friends, Lil and Rose, who are mothers to handsome boys, are into something that is undoubtedly not to end well. Each starts an affair with the other’s son. Things start steamy and without any restriction. However, as the youngsters desire to feel love their age, the relationship between the four is bound to crack.

It is yet another coming-of-age movie that showcases the rebellious nature of a boy trying to cope with his adolescence. It may not be that heightened in romance like Y Tu Mama Tambien. Still, it indeed has a rough and outgoing teenager in focus.

Almost Famous tells the adventurous tale of William, who goes on a road trip accompanied by a band. Even though his mother was against him involving himself with the open people, he opted to find his true self through the adventure. But the question is, does he?

Forgetting Sarah Marshal is also a love triangle but brings in some mature characters. It is funny whichever way you look at it and undoubtedly will give you some tips to get over a crush. The fun tale begins with Peter. He is a musician but still is struggling to do his best.

His life turns dark when his famous girlfriend dumps him. However, the brave boy decides to leave the depression behind him and goes on a trip to Hawaii. To his dismay, running off from his problems leads Peter straight to his ex-girlfriend once again. The laugher-filled plan of overcoming his ex begins.

For a fact, the teen years aren’t the only period where one would need support. The parents struggle with their children as well. Unlike Y Tu Mama Tambien, You Can Count on Me brilliantly showcases a relationship between a parent and a child.

A single mother, Sammy, struggles to provide her 8-year-old son with the best of everything. However, being a woman and facing everything alone, she sometimes requires a strong shoulder to rely on. Still, she does her best to not let herself down as Sammy helps her emotionally disturbed brother and son at the same time.