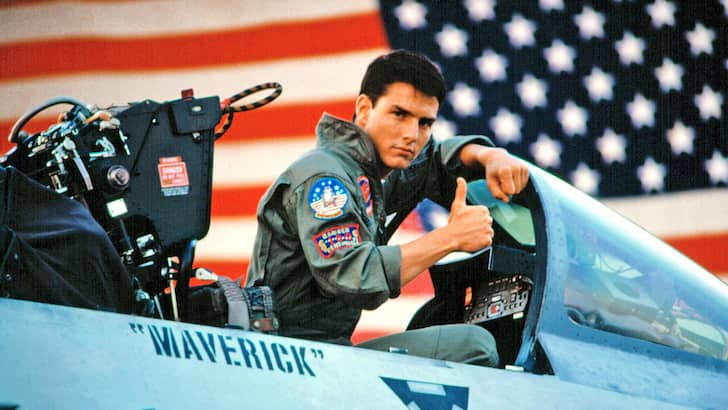 Talk about a quintessential action move that created a huge hype and stirred the film industry with thrills and adrenaline rush. Top Gun topped all charts back in the 80s as it zipped the entire sky with excitement and whatnot. The ever-so-charming Tom Cruise effortlessly brought the viewers to their knees with his dominance and performance.

Top Gun follows the story of a smug and careless Maverick, a newbie pilot in the best school for Naval Fighters. His haughty personality brings him at odds with his peers. However, the reason he tries to outshine every other one is quite romantic.

His days start with thrill and adventure, guns and fighter jets, and he becomes someone unreachable. Enjoy the below suggested similar movies like Top Gun.

Spicing up the excitement and adrenaline rush of Top Gun, G.I. Jane takes the lead as another epic story of a fighter. G.I. Jane delivers the concept of breaking stereotypes as a female enters the male-dominated U.S. Naval Force.

The very ladylike O’Neil enters the training grounds as per the commands of her superior. Pushed to the limits, she is told off. However, her determination and guts earn her points. She makes a name for herself among the ones who rejected her.

A movie that takes you to the sky and crosses the threshold of oblivion in a split second is undoubtedly captivating. Spiced up with action and thrill, Behind the Enemy Lines takes Top Gun a step ahead.

The movie tracks the U.S. Navy pilot Chris. His boring mission turns into a chase of life and death when he spots the enemies in action. His jet was shot down, and people with guns chasing him. His only hope lies in his commander. However, things are flagged red Behind Enemy Lines.

Action, fighter jets, and thrilling sequences, who doesn’t like them? Blending a bit of romance and drama with a perfect ratio, and you have a masterpiece in play. Pearl Harbor is one such dramatic action story that centers on a love triangle.

Two childhood buddies, Rafe and Danny, join World War II as pilots. Their unbending friendship is tested when the duo becomes rivals in love. With the beautiful Evelyn contemplating who she loves, tragedy strikes the trio again.

Cold war, espionage, heavy military training, and dramatic love are more or less similar to Top Gun. The most significant difference is the mature characters that steal the show with their splendid acting.

General Sinclair is set up on a tricky task with his best friend and team. As the stern General trains his rowdy pilots and shapes their reckless attitude, he works on a joint mission with the Soviet Union. However, things heat up when a charming lady takes his attention.

Leave it to Tom Cruise, and he will leave no stone unturned to give you an exceptional piece. Not to say, his effortlessly dominating persona takes the attention every time he is on screen. Be it a love story or action, he knows how to rule like a king.

As the name tells, Mission Impossible follows the extraordinary Agent Hunt as he risks everything every time to get impossible missions a victory flag. However, this time, his own world, his love, is at stake as the villains know how to rile up Hunt. Against all odds, Hunt takes Mission Impossible to a new height.