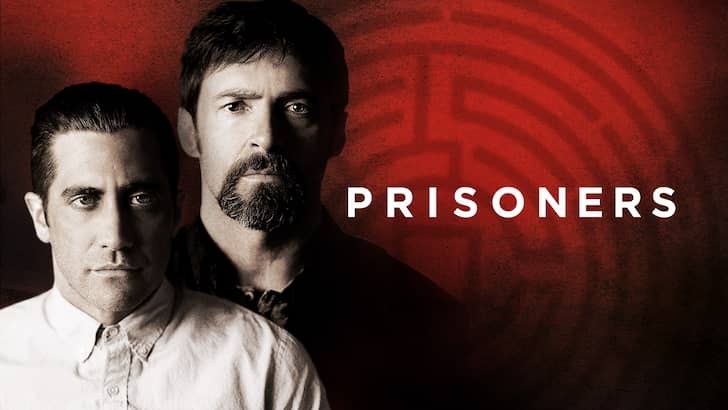 Mysteries are always chilling thrillers. They keep you at your wit's end and put continuous pressure on the brain to predict the next. Seldom does it happen that mysteries followed by drama allow the audience to experience fear, agitation, and helplessness altogether.

Prisoners is a sentimental play of all these feelings. That is one reason it has been prominent over all these years. Prisoners movie impressively showcases the struggle, anger, grief, helplessness, and agony of a father named Keller, played by Hugh Jackman, when his 6-year-old daughter goes missing. Knowing that her life is in grave danger, Keller uses all his might to find her with aid from a detective named Loki, played by Jake Gyllenhaal.

If you enjoy the spine-chilling and hair-raising thrills of mysteries like in Prisoners, then below are some recommendations for you.

Akin to Prisoners, Searching is another mystery thriller. The only difference is that living in a tech world has many loopholes and digital footprints. No matter how much one tries, in a world of technology you cannot be invisible.

Searching brings in David Kim, a disheartened father. His life darkens when his 16-year-old daughter Margot disappears without a trace. Similar to Keller, he does everything but to no avail. Finally, he opts to find Margot through her digital life.

Mysteries and thrillers aren't much intriguing without serial killers and sociopaths. With sharply negative minds, the sociopath sometimes turns into a psychopath and brings chaos. Se7en is such a mystery revolving around a sociopath slowly walking towards the path of a psycho.

The movie portrays two detectives, William and David. They team up to follow the tracks of a serial killer in town. After a thorough investigation, the duo concludes that the killer is targeting people with either likeness or having an analogy of seven deadly sins.

It is hard to come by a movie that starts with a mystery and keeps the audience on their toes till the end. Mysteries always test one's patience; however, turning that patience into an adrenaline rush is a feat few can achieve.

Gone Baby Gone is a movie that covers a girl's kidnapping but spans the life of a skilled detective. With no clues in hand, Detective Patrick goes old school on this case. Tracing all moves and people suspected in the case. He discovers hints leading him to something bigger than a kidnapping case.

Zodiac is a crime thriller and a chase of a serial killer. From start to end, it gives off eeriness, and the gory murders just add to the hair-raising mystery. Like Prisoners, Zodiac instills the helplessness and curiosity to find the one behind the kills.

After the chain of murders is discovered in the city, a group of uncanny reporters and investigators obsessively hunt the serial killer. However, with no clues and patterns left by the killer, the group uses everything at its disposal to bring the killer to his knees.

People with mental disorders often tend to hide them. This results in only the said disease growing and engulfing the person. Gone Girl depicts the story of a married writer named Amy.

Unbeknownst to her, Amy suffers from an antisocial personality disorder, and she surfaces as a psychopath. A love marriage goes wrong on the path of murders and betrayal because two polar opposites cannot understand and help each other.

More Films To Watch If You Loved Prisoners (2013):