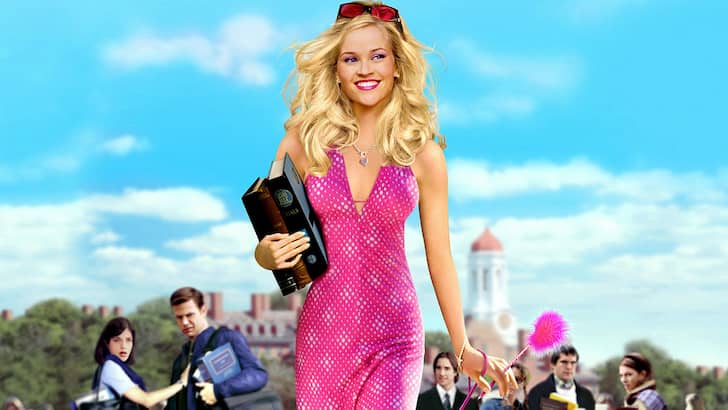 With the changing generations, many movies are changing the stereotypes. However, two decades ago, there was no such thing. Legally Blonde is a unique masterpiece given its time of release. It highlights the stereotypes and challenges them by embracing the rare birds.

Elle Woods is the star of the movie and the queen of her life. She lacks nothing, beauty, money, popularity, and a perfect boyfriend, Warner. All that is left is becoming Mrs. Warner, for which Elle is desperate. However, her blonde hair is hindering her happy life. Yet she challenges everything to win her love back, and on her journey, she finds something more meaningful.

If you enjoy romantic comedies like Legally Blonde, then below are some recommendations for you.

13 Going 30 is a romantic comedy similar to Legally Blonde, with one exception. It has a sprinkle of fantasy. Without it, this movie couldn’t be a possible hit. The teenager Jena is tired of her dull life where she has no boyfriend and no fun.

Her not-so-fun life takes an unexpected turn when the 13-year-old Jenna one day wakes up as a 30-year-old Jenna. However, to her dismay, adult life isn’t as perfect as she thought. Her adventures begin with laughter following, but will she find romance?

A friend, best friends, and then life partner is a perfect path for an exceptional romance followed by comedy. Love and Basketball is one such movie that highlights the stereotypes in its own way and brings a brilliant story forward.

The movie centers on two childhood friends, Monica and Quincy. Basketball is one thing they have in common and compete with. It is the same thing that brought them closer as lovers, and now because of the same thing, their relationship has to face the trial of distance. But who knows how it’s gonna end for them?

Akin to Legally Blonde, this one is also a perfect blend of love and laughter. Both movies cover the same demographics but a bit different plot. Nonetheless, it is a rom-com that has a unique plot.

Viola finds herself disguised as her brother Sebastian for some reason. However, things escalate when she joins the boarding school as Sebastian and, to top it off, falls in love with the handsome hunk Duke. Her survival on the school grounds as Sebastian is similar to Elle’s going all out for her love.

Turning 27 is more serious than anyone could think of. Suddenly you become too old for the things you were perfect for just before the day. House Bunny showcases a girl who believes that 27 isn’t the end of life…undoubtedly.

Shelly has lived a life playing Playboy Bunny, but her age becomes a hindrance to her role. Deprived of her career, she is on the roads, left with her own devices. However, soon she finds a new job teaching awkward girls about the art of attracting boys. Fun has just started!

Like Legally Blonde, this one is a rom-com with its characters swapped. It is one of the famous movies that still own many hearts because of the intriguing plot and loveable characters. The star of the movie Zach has his reputation on the line after he was dumped by his perfect girlfriend.

To redeem himself, he promises to give the school outcast Laney a makeover. A nerdy one who goes unnoticed! However, during his mission, Zach is attracted to the inner beauty of Laney. Things take a sweeter turn for both, indeed followed by some trials.

More Films To Watch If You Loved Legally Blonde (2001):