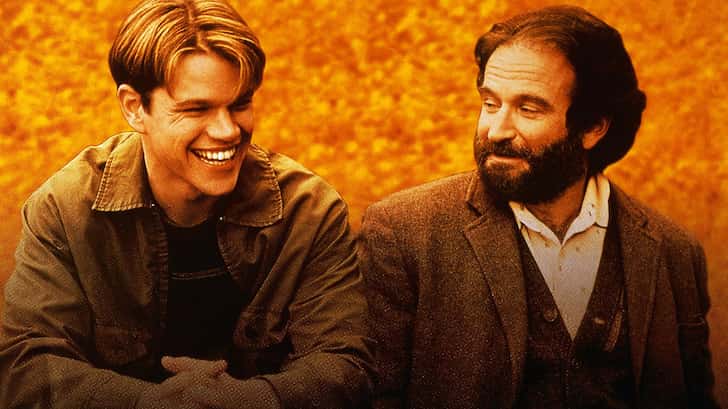 The epitome of brilliance and emotions, Good Will Hunting, is a movie that ranks above the rest till the day. The outstanding plot with a bit of everything solely focusing on a person’s development and the star-studded cast are praiseworthy. Good Will Hunting took over the box office by making some great money.

The story is about a genius with anger issues. The janitor who no one sees, Will Hunting, is one day spotted showcasing his high intellect. His life changed the moment his efficient brains took the spotlight. But with a turn of events, Will finds himself almost jailed.

He seeks counseling from a doctor to avoid such incidents, and his instincts arise to love. Check out some of these similar recommendations if you enjoyed the snack for brain, Good Will Hunting.

Talking about unique talents and exceptionally intellectual brains, Akeelah made its name prominent with brilliance. Doug Atchison brought a fictional tale to the stage, but the emotional catch and plausible story made the movie genuine.

Akeelah and the Bee begin with an 11-year-old girl named Akeelah. She is extraordinary when it comes to spelling. She dreams of making her name using this talent of hers. Against all odds, the determined Akeelah steps on the stage to win the title of National Spelling Bee.

Also Recommend: 17 Movies Like The Wolf of Wall Street

Based on the actual events and life of John Nash, one of the greatest Mathematicians in history, A Beautiful Mind twists reality a bit. Despite a minor modification, the movie is showcased with utmost mastery. It unveils the struggles of a genius that only a genius can relate to.

The dramatic story of John unfolds with his determination to leave a legacy behind in the field of Mathematics. He eventually does make a miraculous breakthrough. However, there comes a time in his life when he is on the verge of losing himself. Yet the love of his life helps him through his most challenging times, and we have the genius we know of today.

Also Recommend: 17 Movie Like Everything Everywhere All at Once

The efforts that introduced the idea of a high-functioning machine and equipped the world with technology all link back to one man. Alan Turing, a mathematician, a computer scientist, the man himself whose hard work and brilliance brought World War II to an end.

The Imitation Game pays tribute to him by portraying a portion of his life and the struggles he had to go through. His intensive reasoning and logical analysis shaped the world into new. He worked day and night with a group of equally capable minds to decipher the Nazi code and halted the chaos eventually.

Yet another epic story of a nobody that became a sensation only with his great brains. Slumdog Millionaire is like Good Will Hunting, with love, drama, the struggles and troubles of a genius, and how fate brings the world to its feet.

The tale starts with a poor kid on the streets of Mumbai. His rough life begins as a beggar and pushes him into the depth of crime. However, with his determination and morale, he opts to do small jobs until he lands on the stage of the biggest reality show. He surfaces as the sole winner of the show with the support of the woman of his life.

The Theory of Everything; take a peak in the life of the man who studied time, Stephen Hawking. The movie is more or less like Good Will Hunting. Both bring in focus a genius, their struggles, and how their love helped them survive the darkest times of life.

The film mirrors Stephen Hawking’s early days at Cambridge University. Despite a severe disease affecting his motor neurons, he pursued his passion for studying time and learning more with his love Jane. The duo made significant contributions to science and medicine with devotion and research.

More Mind-Boggling Films To Watch If You Loved Good Will Hunting: