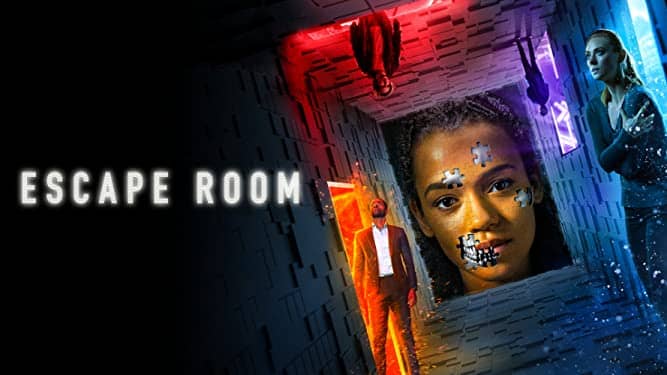 Claustrophobic or not, locked up in a room with no escape numbs all senses. Never was it evident that a few strangers in a closed space and a death game would make such a stir and become a mega-hit. The escape room movie is adapted from the novel of the same name. Not to say the film hits differently than the rest.

Like the name says, it is a scary story of a few strangers in a closed room. The only way out is to solve the puzzle, move to the next room and stay alive. However, the biggest challenge is staying alive in this closed space. One who survives gets a huge reward. But is that worth it?

If you enjoyed the chilling thrills and creeping fear of Escape Room, then below are some similar recommendations for you.

The Hunt is Escape Room, with the only difference in members and space. The Hunt begins in a vast land where only two things exist, death and fear. 12 strangers open their eyes to this land of gory murderers and hunters at their tail.

With no reason discovered and no logic found behind the strange happening, the strangers continue to reduce in numbers. However, when one of the individuals named Crystal who is being hunted gut up to become the hunter herself, things begin to crumble.

Cube is one of the first few mind-boggling death game movies that became a sensation. It was executed with the perfection of calculated facts and figures. The way Cube showcased the limit of one's brain is spell binding.

The game begins with a group of exceptionally capable strangers opening their eyes in cubic space. An architect, the scientist, the mathematician, and many other spectacular brains combine their efforts to survive the cubic prison loaded with deadly traps.

Nine Dead is a tad scarier than Escape Room with an extra pinch of thrill and terror. The movie does a splendid job of instilling fear with every passing second. However, the suspense element makes this one a worthy watch.

Nine people find themselves at the door of death as a masked man stands before them with a gun in his hands. The death game, this time, has only one condition. Find the link between the nine people present, or else each one dies after every few minutes.

Another one of the deadly games sneaked in on our screens in 2018. The movie took the game of truth or dare to a new height. However, with a supernatural touch, Truth or Dare takes the lead as a horror and gore movie.

The plot begins with a group of friends enjoying their outing. The cheerful group becomes the prey of misfortune when a stranger offers the game of Truth or Dare. However, the fun games turn into a gore scene when the friends begin to lose their life due to their choices.

The only thing missing in Escape Room was the Devil, not the man-made but the one called the pure evil. Devil movie opts for the dare and introduces the one who takes lives for pleasure. The game begins with a few strangers stuck in a lift.

Things didn't change for a while. However, the moment they get to know the scary secrets of each other, the closed space becomes suffocating. All hope disappears when one of the strangers reveals himself as the Devil Lucifer.

Love puzzle based survival movies like Escape Room? Below are some more similar films: