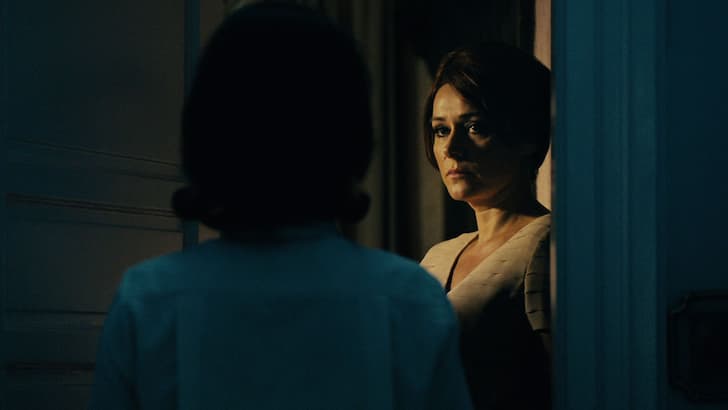 A woman falling in love with a woman, submitting and dominating, and the effort of portraying oneself as a noble are all separate. Yet, they become a tempting image if put together in an imperfectly perfect way. The directors should be highly applauded for doing a remarkable job of putting a classic historical drama with a touch of dark romance.

The Duke of Burgundy flawlessly steals the attention with its alluring cast. This romance drama unveils the illicit relationship between a maid and her lady. They play their sadomasochistic games to satisfy their desires. But indeed, with a twist, their games become emotional and severe.

If you are looking for enticing movies like The Duke of Burgundy with either an illicit relationship or a sadomasochistic one, below are some picks for you.

Best Movies Similar to The Duke of Burgundy (2014):

Twist the characters a little bit and the time frame, Secretary will serve the same plot as The Duke of Burgundy. The movie focuses on how mental dysfunction can result in something off track, yet one can't help but give in.

The young conservative Lee starts working as a secretary to get herself out of the mental trauma. She resumes her everyday life. However, her boss Edward's dominating and mysterious aura sparks something in her. The two soon indulge in a game of obedience and submission, only to go deeper and deeper.

Similar to the Duke and her maid, Disobedience is a story that develops emotionally and passionately. Going against the conventions and cults becomes a little less scary when one can own their life. Such is a tale of Disobedience.

The tale of two lovers of the same sexuality forced to stay away from each other unfolds with Ronit and Esti. Their meeting again after years breaks the chains binding them. Against all odds, the two young women entice each other and fall deeply into a chaotic relationship resulting from Disobedience.

From a relationship of submission and obedience from the Duke of Burgundy, things turn serious and darker when jealousy and obsession replace the former. The Handmaiden is one of the best stories with suspense and drama written by Park-Chan Woo.

The dark melodrama unveils as a Korean maid is coaxed to participate in a massive scam of a Japanese noble lady. The tables turn on the perpetrator when the two ladies start a game of teaching each other how to love. As the game becomes intense, emotions like jealousy unveil, and more mind games stir the lives of the involved.

Not the regular sadomasochistic behaviors or acts of submission and obedience. Still, Carol is filled with some mind games. The simple yet elegant love story of two with the same sexuality rages on with some drama.

The not-so-lively Belivet is love-struck as she discovers the epitome of elegance and beauty named Carol. The two headstrong ladies display their emotions to each without restriction. However, their love leads to things they didn't even consider happening.

It is one of the best sizzling movies with lesbians in love. The movie focuses on how something out of the ordinary is criticized and considered taboo.

The movie begins with two girls, Carole and Delphine. The two enjoy a hot and intimate time showcasing their love for each other in their living place. However, as the environment changes, revelations strike them that what they do is wrong. Many eyes turn to their unleashed love for each other.