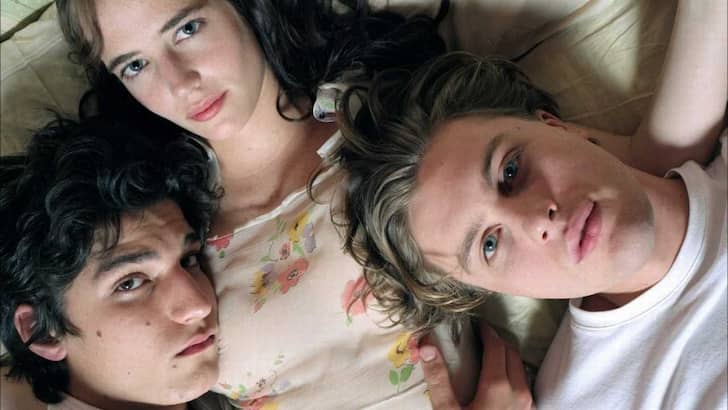 French movies have always been playing with versatility to no end. However, it is seldom that a French film breaks onto the screens of an audience addicted to English movies. With a strangely twisted and complex romance story between three young peeps, The Dreamers introduces itself as a piece of art. This movie kept everyone spellbound with the emotional outbreak and classic representation of forbidden love.

The plot centers on a young and energetic boy named Mathew. Naturally careless; however, his envy to feel and share intimacy with another emerges. As he gets close to a pair of twins, Isabelle and Theo, he learns of their unusual closeness and the hidden desires they hold for each other. The dramatic and entangled romance between the three begins with no end in sight.

Enjoy some unusual tales of love and obsession with much more like The Dreamers recommended below.

The devil can lure you, disguising itself infinitely. The obstacle is that no matter how strong a person is, one cannot stand the enchanting illusions. Devil in the Flesh follows the same demographics as The Dreamers. Giving in, finding what the heart desires, and a forbidden romance between individuals are portrayed exceptionally.

The passionate romance and drama begin with Andrea, a high schooler. He falls for an older and graceful woman named Giulia. Knowing that she has a fiancé with some complications, the two indulge in a steamy love. However, they are bound to face backlash with the cat out of the bag.

Taking on a strong and staunched approach to immoral love like The Dreamers, Ma Mere is another French movie that crosses the limits of right and wrong. The film focuses on the life of a young man named Pierre in his peak years.

After his father's departure to the hereafter, he has difficulty controlling his obsession with his mother. However, the dark secrets of his mother surface and a world of gratification and immorality stand in front of him. Can the two maintain a normal relationship with each other?

It might be outlandish to say, but Now is Good mirrors A Walk to Remember with some minor twists. However, the emotions and passion acted by the characters add to its charm. The intense drama and sad love tale begin with Tessa Scott.

The girl who will die in a few months, Tessa, guts up to live her life to the fullest. She is determined to fulfill her bucket list. But love wasn't anywhere on the list. However, a fateful encounter brings her closer to Adam, and a heartfelt love takes the lead in their lives.

Curiosity, intimacy, obsession, and love, a mixture of all with delusional thoughts, showcase The Piano Teacher in the same light as The Dreamers. The movie mainly focuses on a woman's fantasies that she thinks she desires.

The start of an immoral relationship between Erika, the woman in her early forties, and Walter, the young, energetic student, brings in sadomasochistic desires. Erika fantasizes of being in a willful and passionate love driven by dark desires. However, Walter helps her realize that what she wants isn't a brutal but genuine love.

The rebellious and haughty teenagers like Mathew and Isabella are not a rare sight. The rushing blood envelops the youngsters in passion, and they become headstrong. Flirting focuses on such teenagers as they fight their surroundings to prove themselves.

Danny, the open-minded boy, meets a free-spirited and attractive girl named Adjewa. The two strike a connection with sparkling chemistry. However, racial differences and regular conventions hinder their developing love. Their fight for themselves, breaking stereotypes, and lessons of accepting others win hearts all around.