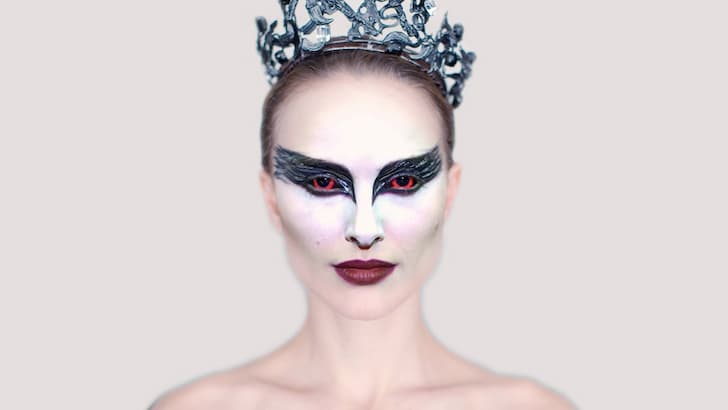 A finely crafted magnum opus is the best way to express the movie, Black Swan. It is a sensational movie that will confuse your minds with dreams and reality alike and a splendor that eagerly showcases the effects of trauma on a simple yet innocent mind.

Nina has been aspiring to be the best ballerina since her childhood. With her strict and criticizing mother as her trainer, Nina is lost between what she is and what she could be. However, as her friend becomes the Black Swan for a play, Nina’s true self starts emerging. Surprisingly, jealousy and envy take the better of her unfolding the dark tale. Nina’s similitude becomes that of a Black Swan itself as she accepts who she truly is.

M. Night Shyamalan did an outstanding job with Split. It is a splendid representation of multiple personality disorder and how lethal it can be. Akin to how Nina accepted her dormant personality, Split gives one such grandiose phenomenon.

With a dysfunctional mind and beholder of 23 known personalities, Kevin struggles to find peace with himself. However, when his 24th personality surges, it slowly engulfs all of Kevin. Leaving Kevin at the hands of mercy as he begins to act as an unpredicted psycho who abducts three girls!

Leigh Whannell took stalking to the next level with The Invisible Man. The movie is a thriller and mystery darker than Black Swan, with fear overshadowing all. Straight from his lab, Dr. Griffin becomes invisible using his research.

His only intention is to stalk his one-sided crush and ex-girlfriend, Cee. However, the research brings some ominous consequences of swapping his rationality with a murderous individual. As the chase begins, no one believes the fear struck Cee. She decides to become her own savior, but can she survive?

A brilliant movie, all in all, with the exceptional performance and dedication of Christian Bale, brought The Machinist to new heights. The character development of all will give you a spine-chilling experience with suspense and thrill creeping up your sleeves.

The regular worker Trevor is losing himself to insomnia. With sleepless nights his daily life becomes more of an illusion. After an un-fateful accident, he begins to divulge the reality that is nothing more than an illusion for everyone. However, is it truly an illusion? Or the man responsible for all this is playing mind games with Trevor!

Mental disorders and unexpected conditions are dangerous, but bringing them on screen with added thrill makes them even more threatening. Christopher Nolan brought another masterpiece on stage with Memento.

Shelby, a ruined and confused man, suffers from short-term memory loss and is desperately trying to connect the pieces of his life. He uses a camera and pictures with tags and a timer to keep him on track. However, finding the man behind his tragic life isn’t as easy when he is a crazy man for everyone without anyone on his side.

It is valid as long as you believe it. Your gut feeling is never wrong, and M. Night Shyamalan knows how to spice up the superstitions. The Sixth Sense is mind-boggling and striking piece that will make you believe your sixth sense or dispose of it completely.

The movie begins with a child named Cole as he suffers from unwanted visits from unnamed beings. The fear takes a toll on him, and unwillingly the young Cole seeks help from an adult. The Psychologist Dr. Malcolm begins his research that entangles their lives, leading to the unveiling of truths and mysteries alike they never comprehended.

Loved Black Swan (2010)? Check out these other similar films: