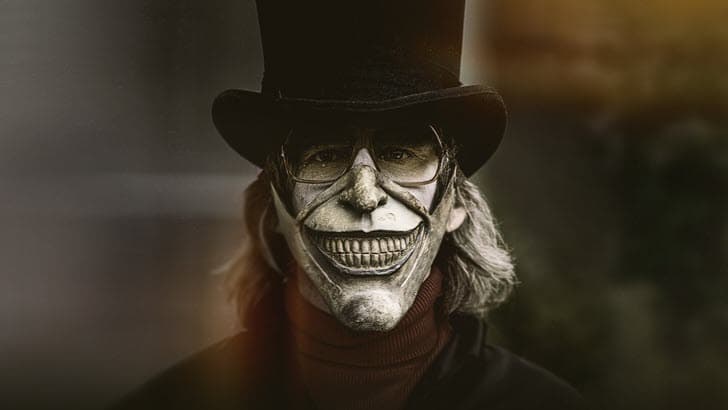 What is better than a thriller to charge up for another tiring weekend? With chilling thrills and some supernatural phenomenon unveiling, the mystery and horror of The Black Phone rise. The said movie is one of the best spine-chilling movies with children in the focus. The dramatic horror begins with child abductions, and a single name takes the headlines; The Graber.

Finney and his sister Gwen now have the additional fear of the Graber on top of their abusive father. When Finney is abducted by the barbarous masked Graber, help seems to find him through a supernatural phenomenon.

The disconnected black phone over the wall keeps ringing to tip Finney and save him from his worst fate. But can the clever Finney unmask the one who haunts him? Below are some similar suggestions to The Black Phone.

Child movies with horror and thrill are rarely appealing. The Boy Behind the Door is The Black Phone. However, the extreme environment and anxiety-driven incidents are severe in this one. One reason it sells is that Lonnie Chavis and Ezra Dewey performed exceptionally to spellbind everyone.

The movie is about the struggle and desperate cry of two friends, Bobby and Kevin. When they are kidnapped one day by a sadistic man, their courage and friendship are put to the test. Bobby is determined to save his friend, abandoning his fear. Yet, the fear is upon them.

Ouija is more sinister and darker than the simple horror of The Black Phone. The former turns appalling with every incident that follows. The movie surrounds the lives of a saddened family in their heaven.

A mother of two, Alice is at her wit's ends to save her family from bankruptcy. Her only best shot is to use her skills and level up using an Ouija board to make spiritual connections with the otherworldly beings. Things turn unexpectedly darker and gory when an unwelcome evil spirit takes over the youngest daughter Doris.

The mystifying story of The Lovely Bones is akin to The Black Phone in that it portrays the consequences of what happens after a deadly and heartbreaking event. The story is a narration from the victim of an accidental happening.

Susan, the 14-year-old murdered recently, is narrating her heartbreaking tale from the heavens above. She is eagerly trying to find someone who can help her point out her killer. Knowing the identity of the killer and his next target Susan can't sit still, but can she leave the matters of the earth in the hands of fate?

Mirroring the thrill, horror, and mystery of The Black Phone, Oculus is similar yet different at the same time. The suspense fueled by the coldness of the story is undoubtedly the one to leave a bitter aftertaste. The movie brings siblings Tim and Kaylie into the spotlight.

Their tragic life and traumatizing past were all because of their father. However, not so long ago, Kaylie stumbles upon a mystifying mirror that makes her believe that all her misfortunes come from it. She is determined to steal and destroy it, but the 21-year-old Tim is still reluctant. How can they succeed in such circumstances?

Sinister undoubtedly lives up to its name and unveils an even darker theme than The Black Phone. The supernatural events, chilling thrills, and suspense are a given, with added gory killings and fear tailing you.

The movie begins with a curious writer named Ellison, looking for an authentic and hooking criminal story to get back in the spotlight. However, when he moves to the bewitched house where uncanny murders took place; his life is threatened by the revelation of an evil spirit. The one who is after Ellison's family now!