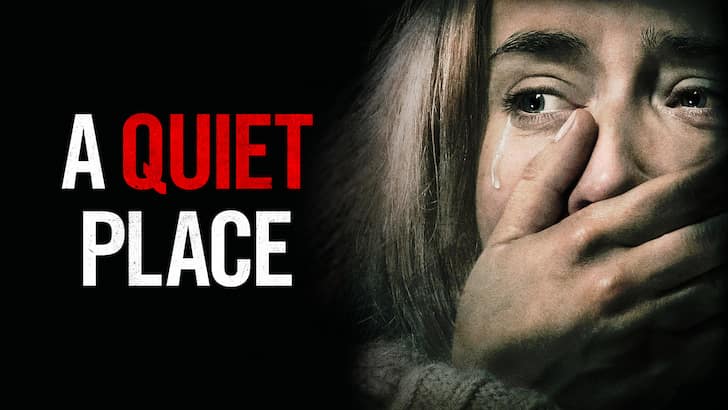 How can a movie that is an hour and a half long, with less than a few dialogues, makes you shriek out loud? The genre-bender, thriller, and simply the best horror movie based on visuals only, A Quiet Place is a magnum opus that made a massive bang with its first arrival.

The exceptional horror movie begins in a disaster-struck world, with a family trying to survive quietly from unnamed monsters that happened one day. Even without any noise, you will clearly hear what is to be said, making you freak out with creeping terror up your spines.

If you enjoyed watching the pouring terror of A Quiet Place, then below are some best similar recommendations for you.

At first, it might sound like a ditto of A Quiet Place. However, it isn't. In terms of instilling fear, creeping terror and fictional monsters may be somewhat similar to the former, yet they aren't comparable. Some ugly and sound-sensitive monsters strike upon humanity. Keeping silent is the only way one can safe themselves the other.

The only way to survive is to stay silent. The plot twist begins when a girl named Ally, with amplified senses and no hearing, gets under the claws of a cult who is ready to covet her powers. Fighting the monsters disguised as humans, Ally tries to survive with her family using her senses.

Don’t Breath does not have an actual ugly other-dimensional monster, yet it will engulf you with fear through and through. Don't Breath is A Quiet Place, except that the monster is a full-fledged human this time.

Three haughty thieves, Alex, Rocky, and Money, decide to go for easy Money. They target a house loaded with Money with only a blind old man living alone in it. The trio enters the house confidently but what follows them makes them realize that they have entered the devil's den. And to top it off, the devil himself is upon them.

Giving you a ride of fear, desperation, aggression, and helplessness in only two hours, Fractured is one movie that makes you applaud it. The intensity and rush is one thing that makes it a bit different from A Quiet Place yet very similar to it in terms of fear and helplessness.

The movie centers on an everyday man named Ray without any supernatural or fictional addition. His simple and happy life turns into a disaster when his injured wife and their child go missing from the hospital. The father's desperation and the husband's agony drive Ray to discover the hidden truths.

With a supernatural twist, Hereditary takes the survival and family drama to another level. The suspense and impending sinister events make Hereditary a decent horror movie. The fear kicks in when the lord of a wealthy family departs from this world.

The dead lord’s children stray at the house to mourn his death and a sinister evil begins to haunt their sense.  However, they didn't know that the evil wasn't in the house only; it was seeping into their lives.

Annihilation is a work of art with aesthetics and beauty at its peak, haunted by evil. By blending Sci-fi and fantasy in a perfect ratio Annihilation is one of the closest movies to A Quiet Place. The suspense and thrill begin with the search for missing personnel in a mysterious space covered with fog.

The former soldier and Biologist Lena join the crew. However, bending the laws of nature, the mysterious space attacks their rationality and modifies them as per its will. The sinister and scary place never lets one come out alive. What comes isn't a human indeed.