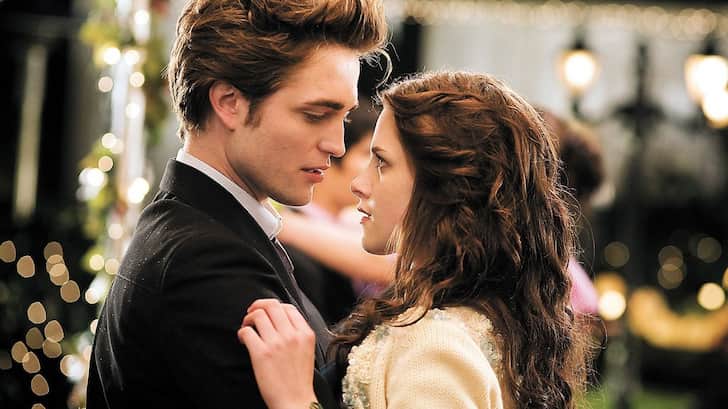 Twilight, a revolutionary and forbidden love story between a human and a vampire, is eternal. The star cast, widely known as Bella the beauty, Edward the ideal vampire, and Jacob, the angry wolf, carved their roles on the pages of history with their phenomenal performances.

For an overview, the Twilight series portrays a teenager Bella who struggles to find her true self. When she moves back to her hometown, her life changes irreversibly! The legends of vampires and wolves turn to reality as she intervenes with her classmate Edward and her childhood friend Jacob.

If you are looking for a fairy tale love stories with beauties and handsome hunks with supernatural powers like Twilight, then here are some suggestions.

Like Twilight, Jumper is a fairy tale with love troubles between the handsome David, who can teleport at will, and his long-time crush, a regular human girl Millie. David's life was never simple, to begin with.

He runs away from his home and his not-so-caring dad. Years later, after becoming somewhat of an expert in his powers, he meets with Millie. He takes this as an opportunity to fulfill his first love. Still, villains and some other arrogant fellows jump in to disturb their life.

There is no love story without drama, after all.

It is yet another fantasy filled with aliens, alien hunters, and forbidden love between a human and an alien. The plot centers on John Smith. Seemingly a regular teenager, he is one of the ten peculiar aliens with unique powers.

To avoid dying at the hands of alien hunters, he keeps running with no strings attached. However, with a stroke of luck, he stumbles upon love and friends similar to him. He decides to become stronger to ensure their safety and carry on his legacy.

It is yet another fairy tale starring Kristen Stewart and Chris Hemsworth. It is not much different from the princess stories everyone grew up reading. However, it does send chills down the spine with the phenomenal performance of Charlize Theron.

The pure beauty Snow is chased by a huntsman, as is ordered by the devil Queen Ravenna. However, the Queen's plans go awry when the huntsman, Eric, teams up with Snow to end the former's cruel reign.

In terms of forbidden love and unique story, Warm Bodies is very similar to Twilight. However, this love story is dominated by zombies instead of vampires and wolves. The movie takes place in a post-apocalyptic world.

When an epidemic turns humans into zombies, the not infected try everything to keep them safe. During this chaos, an atypical zombie named R saves a human girl named Julie. Once in a million flukes, they become attached as Julie discovers that R is more human than a zombie.

Beautiful Creatures is a perfect portrayal of what we call deadly beauty. The movie contains aesthetics, destructive powers, curses, and forbidden love. The mundane life of a teenager named Ethan flips as he encounters the divine beauty Lena.

He admits he fell in love with her at first sight and is drawn toward her. However, Lena's fear about her uncontrollable powers and the curse creates a perfect twist for a love that is taboo.

More Films To Watch If You Loved Twilight: