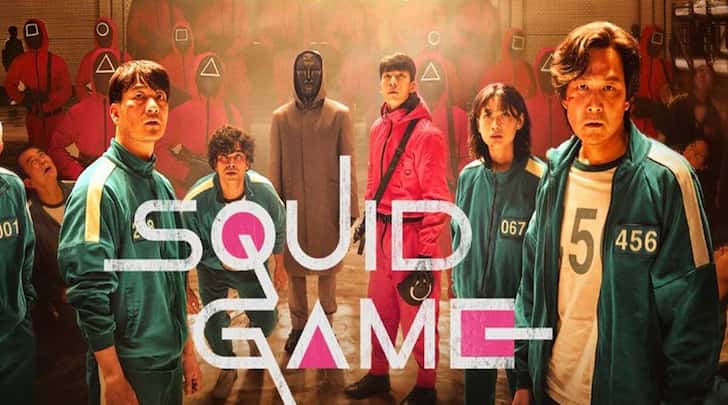 Korean media is breaking all records by bringing diversity. They are famous for breaking all stereotypes, which is one reason they manage to become the show's stars. A mixture of regular genres like crime fiction, thriller, horror, and drama may not be new. However, if you want a flabbergasted experience then leave it to Koreans.

Squid Game is a perfect example of such a masterpiece. The phenomenal drama and thriller bring to light the life of Seong Gi-hun, a loving father facing financial problems. His already tough life becomes a death battle when he takes a chance to earn big time through a children's game.

But things become ugly when the children's games become a gory blood bath. Gi-hun, desperate to earn money, jumps into the bloody pool where death is shadowing him. Enjoy the below mentioned if you liked the Squid Games.

Rarely does it happen that we see a father and his love for his children on screen? Train to Busan is a sensational drama, horror, and thriller with a special place in the hearts of audiences. Seok-woo, portrayed artistically by Gong Yoo, is the lead in this one.

The story beautifully portrays a broken bond between a father and daughter. The movie spans a short train trip of Seok-woo and his daughter Su-An to Busan as it fills with the living dead. The unaffectionate father will do everything to get his daughter out of the ghastly bloodbath.

Death games are gore and gruesome. Yet they are the best catalyst to increase the chills and thrills. Based on a famous novel, the series was highly sought-after and had multiple adaptations, including the movie.

The plot follows the same rules as Squid Game. An enclosed space, deadly challenges, 6 strangers, and a huge sum of prize money make it lit. They have to survive in each room and stay alive, but the only thing abundant there is death for them.

Regular life turning upside down is acceptable. Nevertheless, a mundane life turning into a death battle is only fictional. Still, that fiction is what sells throughout the world. As the God Wills is one such fictional story similar to Squid Game.

A high schooler Takahata Shun gets to experience the thrill he was missing in his life. His regular school day becomes a survival game when a bloody Daruma doll appears out of nowhere. The death games begin only this time there is no prize money after you win; you just get to live.

Games becoming death battles are trending nowadays. It takes considerable effort to combine the gaming world with the real world and bring dominating fear over it. Nerve is a masterwork that is much like Squid Game yet different simultaneously.

The movie showcases a daring high school girl named Vee. Her little stunt of playing the online game and opting for dares goes wrong when her two lives merge. As the tasks become sinister and strange, so do the eeriness and fear increase, overshadowed by death only.

Cube is undoubtedly a magnum opus from the late 1990s. The directors surely racked their brains to bring this thriller to the screen. The plot is set in a cubic prison where strangers try to figure out a way.

However, in each cube lie life-threatening booby traps. One needs out-of-the-box thinking to come out of this box alive. Can the group make their escape, or perhaps the lingering shadow of death will take them in?