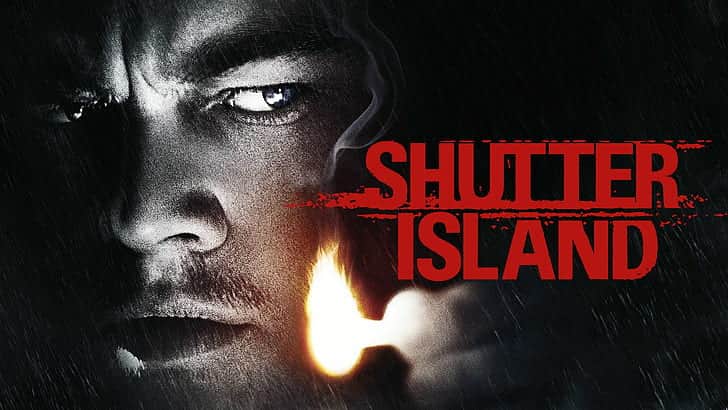 Shutter Island is one of the most extraordinary psychological thriller and crime mysteries, followed by horror and fiction that shocked audiences with excitement and chills. Part of it is thanks to its star-studded cast that kept the audience spellbound.

Teddy, a U.S. Marshall, is assigned to solve the uncanny disappearance of a criminal from Shutter Island. Teamed with Chuck, his new colleague, they enter what appeared to be simply an asylum. But as they go further, they discover dark secrets dwelling there. Confronted by the darkest of his past shaking his existence Teddy reads through the red herrings to discover all the deadly truths.

If you enjoyed the thrilling ride of crime mystery and horror like Shutter Island, below are some recommendations for you.

Like Shutter Island, Emily Blunt’s The Girl on the Train is a psychological mystery and crime thriller highly applauded by all. Rachel Watson’s recent divorce takes a toll on her mental health that she is unaware of.

Watching a couple from the train window, she deludes into the illusion of their perfectly married life. However, after a particular incident, she finds herself drunk and bruised in her home with no memory of the previous night. Things turn thrilling as she decides to discover the truth of the incident herself.

Akin to Shutter Island, Dark City is based on a Neo-Noir genre with fantasy and science fiction covering the plot. The protagonist John Murdoch is similar to U.S. Marshall Teddy as both have haunting pasts.

John waking up with no memories finds himself in a strange world with uncanny people that can propagandize someone’s mind and personality. His fight against them and his quest to find his lost self begins with some unexpected events.

It is a worth watching psychological thriller that focuses on Insomnia and its severe side effects with added drama and mystery. Christian Bale did an outstanding job playing Trevor Reznik. Trevor’s life turns awry slowly as he suffers from sleep deprivation.

An accident affects his mental and physical health, leading Trevor into a whirlpool of self-blaming and delusions. Things turn darker when delusional Trevor hallucinates about a mystifying man and follows him to find the reason behind all mysterious events.

Black Swan encompasses a stronger horror and madness genre. Natalie Portman is applauded for her transitional role as Nina the ballerina and the Black Swan simultaneously.

Nina’s passion led her to be the lead of the Swan Lake performance. However, her past, her strict mother, and her envy towards her friend playing the Black Swan brings out her obsession with perfection. This results in the emergence of her true nature, which is genuinely a Black Swan.

The Oscar-winning movie of Leonardo would be worth watching if you enjoyed the psychological thriller and crime mystery of Shutter Island. Blessed with the ability to thieve people's secrets from their sleep, Dom builds his name in the world of crime.

Soon, an opportunity to redeem himself occurs when he is tasked to do the opposite this time. Rather than thieving, he must instill a plot in someone’s mind. However, this minor task is not as simple as stated.

Some more movies that will give you the mystery and thrills akin to Shutter Island: