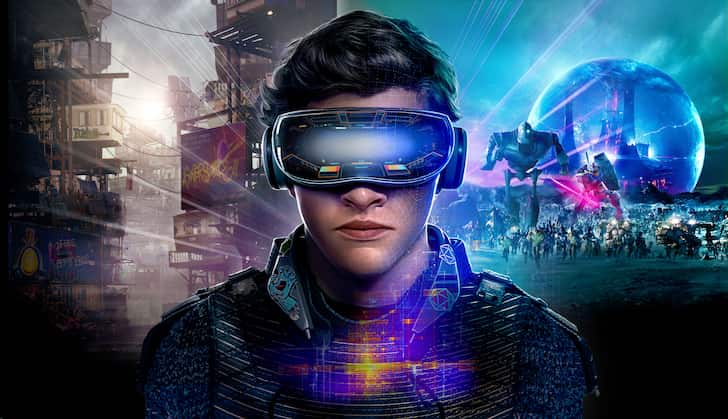 Science fiction has been broadening its horizon with every second. With Ready Player One, director Steven Spielberg brought the gaming world and fiction to a new light. Ready Player One is an action and thriller based on virtual reality.

Many have found a deep interest in the virtual world in a futuristic dystopian world where no one worries for their home planet. OASIS is the infinite gaming world that has everything. With the challenge to find an Easter Egg, a regular player named Wade enters the virtual world. Unexpectedly, his journey takes him on the path of becoming a hero who has to face many challenges and battles.

It is one of the most popular sci-fi action and thrillers like Ready Player One that became a hit among gaming freaks. The story of Mortal Engines showcases a post-apocalyptic world. There is only a big city named London on wheels that keeps the check and balance but actually, it is like a cruel ruler.

The film follows Shaw Hester, a loner and a talented girl capable of ending the rule of the big city. Along her way, she makes friends with Tom and Anna, who help her in realizing her goal. However, hardships, enemies, and deadly fights follow to make them give up.

Tron Legacy is similar yet opposite to Ready Player One. In the former, Sam, the protagonist, is sucked in by the game world itself. Sam is a regular boy with a passion for gaming and has a nightmare chasing him after his father went missing.

When one day he is suddenly sucked in by the game-like world, he realizes he might find his father. Similar to a game, Sam has to cross certain levels to reach his goal. Sam's journey to find the truth begins with Quorra, a being of the cyber world.

Like Ready Player One, Free Guy is a mixture of the real-world and gaming world. With a lot of thrill and unlimited action, Free Guy follows a story of a regular clerk in a bank. With unexpected events unfolding, the clerk discovers his other personality in the gaming world.

He becomes the free guy from nothing to the one who can manipulate the gaming world however he wants. Free Guy now has a chance to enjoy his life to the fullest. However, death threats and the world's destruction seem to follow him unconditionally.

Avatar is an award-winning and era-defining film fully loaded with action and thrills. The movie showcases the world of Pandora. Using the mind linking and projection technologies, humans take Avatars to learn more about the inhabitants of Pandora, called Na'vi.

Things change when Jake Sully, a paralyzed former Marine, enters Pandora. Fighting against the politics and cruelty of his own kind, Jake stands with Na'vi as one of them and chooses to protect them.

Set in a futuristic intergalactic world with no limit to venturing in space. The plot centers around a young official named Valerian and his partner Laureline. They are tasked to keep a check and balance over the Alpha, the city of the thousand planets.

Their simple mission is threatened by an unknown force. The duo sets their goal to find the mastermind. However, after many unexpected incidents, Valerian finds himself holding the fate of the universe in his hands.

More Films To Watch If You Loved Ready Player One (2018):