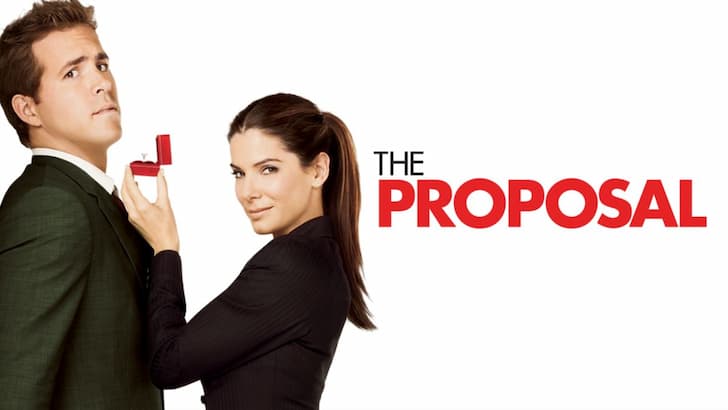 The Rom-com genre is one of the easily agreeable genres. It brings people together by giving something exciting and fun packed. Highlighting the reality of life in a funny way and sprinkling it with love is the specialty of this genre. The Proposal is a rom-com entertaining the audience with a story based on real events.

The movie follows the famous editor Margaret and Andrew, her not-so-special assistant. Threatened by her deportation to Canada, Margaret and Andrew agree to contract marriage. To avoid suspicion, they showcase a perfect play. However, things take a dramatically romantic turn when the polar opposites start to attract each other.

If you enjoyed this unique, dramatically romantic comedy, then below are some similar ones.

Similar to The Proposal, 27 Dresses is one of the distinctive movies in the rom-com genre. It became a huge hit as soon as it hit the theaters. With its spectacular cast, the movie became spellbinding and gained immense love.

The plot centers on Jane, who loves to be a bridesmaid and is always ready to help the brides, no matter the conditions. She piques the interest of a famous reporter named Kevin. With some unexpected twists and turns and a lot of drama, their love story blooms with Jane’s 27 dresses, a wardrobe full of the love of a bridesmaid.

The laughter and enjoyment in this one are similar to The Proposal. Yet the plot is unique except for one lie. The comedy unfolds with Dr. Danny. He desires to enjoy his bachelor life with no strings attached.

He crafts a lie to be married and go for affairs revealing this. When a girl named Palmer piques his interest, Danny introduces his secretary Katherine as his soon-to-be-ex-wife, only to look authentic. But this becomes a love triangle, and things take an unexpected and funny turn with an unpredictable end.

My Sassy Girl is one of the fantastic romance and brilliant comedy movies that made Korean movies famous after its release. It is a movie that got several adaptations in many countries because of the extraordinary story and chemistry of the characters.

The movie follows a college student Gyeon-Woo and his failed love life. One night he encounters a drunken girl played by Jun Ji-Hyun. He saves the girl who was apparently trying to commit suicide. This marks the beginning of his adventurous love life and with his very own Sassy girl.

Rom-com movies always have a meaningful plot with a lot of fun and enjoyment. At first is looks like all over the place, but as the story progresses the meaning they are convening becomes clearer. “You can’t run from love” is the most common one among them.

Friends with Benefits center on two friends, Jamie and Dylan, who are hopeless regarding love. They decide to help each other as friends with benefits. However, things become dramatic when feelings find their way between the two trying to keep it casual.

Green Card is the same as The Proposal; it only switches the roles of leads. It is okay to say that The Proposal was a spinoff of Green Card, as the latter was released in the early 1990s. The plot centers on a French waiter Georges who requires a visa to stay in the states.

He stumbles upon a chance when he encounters Bronte Mitchell, who is looking for a husband. Bronte needs a partner to rent her favorite apartment, and Georges needs one to get a visa. The funny comedy begins with drama and romance following as the two jump into a marriage of convenience.