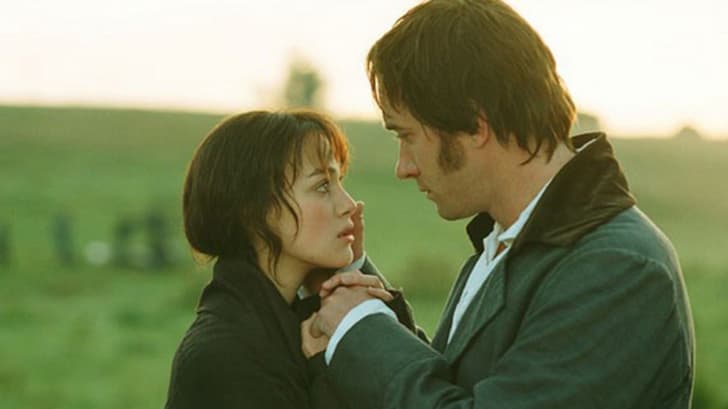 Pride and Prejudice is adapted from the novel of the same name. It is one of the best works of Jane Austin. The movie is a simple and unique setup of the early 1800s where manners and etiquettes dominated.

Pride and Prejudice is a pure love story of a young, wealthy and handsome aristocrat named Darcy. He is not good at socializing and thus mistaken as an arrogant man. His love interest is a pretty, talkative, and confident lady named Elizabeth. She is from a commoner middle-class family.

It is a very average story where society is against the union of the rich and poor. However, against all odds, Darcy learns to relay his feelings clearly, making Lizzie fall for him.

With similar vibes to Pride and Prejudice, Love and Friendship is also a historical romance film. It focuses on how society from the late 1700s and early 1800s had thought about early-age marriages.

The film centers on Lady Vernon, a young and beautiful widow. She enters high society with many rumors. Still, she has a clear agenda to arrange a husband for her daughter and herself. Things go a little off track when Reginald and Martin, two young, handsome men, enter their lives and hinder her plans.

Love and Prejudice is a fairy tale from olden times. Contrary to that, The Prince and Me follows the same plot in a little modern era. Paige is a young student at the University of Wisconsin.

Her dull life sees a spark when the push and pull starts between her and the ungentlemanly student Eddie. As time passes, both fall for each other. Their love goes on trial when Paige discovers that Eddie is the Crown Prince of Denmark.

It is yet another melodrama. Becoming Jane is a rebel story of a young lady striving to become an author against society and its regulations.

Jane is a beautiful lady who desires to be free. She goes against her family and the idea of a n aristocratic marriage. Jane starts a friendly relationship with a commoner lawyer, Tom, which develops into a deeper romance.

With a touch of action, Atonement is a historical melodrama that develops at the same time as Pride and Prejudice.

A simple and passionate love story between Robbie and Cecilia turns into sorrow and hurt because of jealousy. However, the lovers reunite as a consequence of war, and the flickering flame of love envelops them again.

It is based on the works of author Amanda Foreman. The Duchess depicts the harsh realities and struggles of aristocrats and nobles bound by society and laws. In a male-dominated society Georgiana, the Duchess of Devonshire, maintains a perfect image.

However, behind that image, she struggles with her husband’s adultery. Things become more complicated as she falls in love with a commoner and contemplates how to regain control of her life.

More Films To Watch If You Loved Pride and Prejudice (2005):