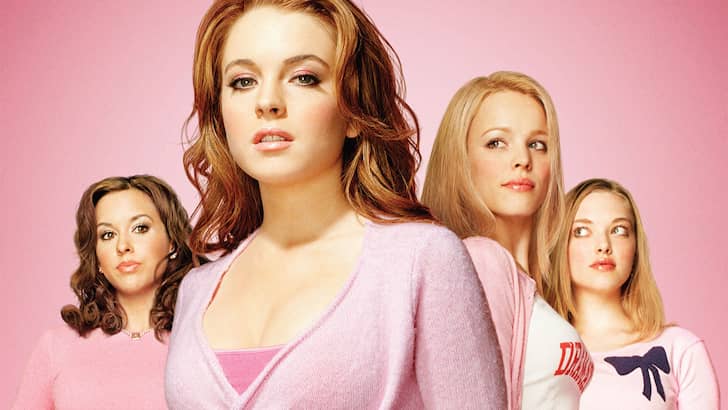 When it comes to teenagers, problems are seemingly never-ending. Mean Girls is also one of the movies that mainly focuses on a 16-year-old girl. It traverses her first interaction with the world, and her trials to understand the meaning behind life.

Cady is an intelligent girl who got homeschooled all her life. She finds herself unsettling when faced with a new world of her school. Trying to grasp how and why people act the specific way, she ends up in a group of fake friends.

The movie displays Cady’s growth as she takes on the world and distinguishes genuine from fake. Her transition is filled with hilarity and sincerity as she makes real friends for life. Below are some similar recommendations;

Similar to Mean Girls, Clueless is also a movie that shows the façade of sparkling life that affects many. Clueless was a popular teen movie back in 1995 and is still among the best. It follows Cher, a wealthy, pretty, confident, and pure-hearted girl.

When Tai enters as a lonesome girl, Cher decides to give her a makeover. However, she stumbles upon reality during her mission, and her personality and soul get a significant makeover.

With a similar essence of Mean Girls, Freaky Friday is yet another hilarious movie on our list. The movie depicts the struggles of a single mother named Tess and her teenage daughter, Anna, and their complicated relationship.

After an unimaginable incident, Tess and Anna swap bodies and freak out. Trying to find a way back to their own bodies, they get to understand each other’s life and hardships. This leads to a change in their relationship.

Talking about fake characters like in Mean Girl, how can one not speak about She is the Man? This movie is a hilarious romantic story centering on sports. The best part is that Viola, the protagonist, goes for the hard mode rather than faking it superficially.

Some unexpected events led her to pretend to be her twin brother Sebastian. She enters the male dorm as Sebastian. However, what lies ahead is more than just a nightmare for Viola, one she is definitely unprepared for.

Mean Girl focuses on a few girls; on the contrary, Bring it On premises two high schools and their cheerleading squads. Everything was going smooth for the Toro cheerleading squad for the past six years until the new Captain Torrance came.

With the revelation that all their moves were copied, they are in a pit. Just then, there are Clovers, another cheerleading squad that is on par with Toro. The competition begins as each team tries to overcome its own hurdles.

The DUFF is another teenage fun story of a high schooler. Like Mean Girls, this one also portrays a society where a person’s image and appearance matter greatly. DUFF, abbreviated for Designated Ugly Fat Friend, is the title given to Bianca.

Disheartened by how society is focused on appearances only, she decides to change. But as she moves forward, she learns that peace only comes to you when you accept yourself.

Some other recommendations for you if you enjoyed the teenage comedy of Mean Girls: