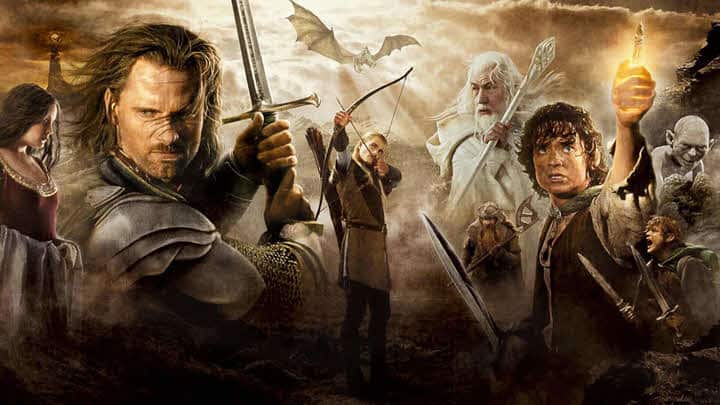 No one would miss a chance to witness a magical history filled with magic, power, elves and dragons. A movie showcasing all this would undoubtedly be an epitome of esthetics and grace. The Lord of the Rings is one such fantastic action movie based on fantasy and followed by thrilling adventures.

The plot is set in ancient times when humanity’s existence is threatened by Sauron, the evilest of all evils. The only power that can bring destruction and chaos or end it is stored in one ring. However, the fate of humankind lies in the hands of an ordinary hobbit named Frodo. He is living in the oblivion of his surroundings. When the only powerful ring chooses Frodo as its master, things turn dangerous and highly adventurous for Frodo.

If you enjoyed the fantasy-based adventure of The Lord of the Rings, then below are some similar experiences listed for you.

Like The Lord of the Rings, Harry Potter is a fantasy of magic, power, evils, friendship and much more. Harry Potter opens the door to a new magical world abundant with unique experiences.

The plot traverses the lifelong journey of an orphaned kid named Harry Potter. His life as a regular human to one of the strongest wizards and how he fights against the evil forces with magic are portrayed with utmost elegance.

Just like The Lord of the Rings, Star Wars took the fantasy/sci-fi genre to new heights. Star Wars is about space adventures filled with action and thrilling quests. The movie became a history itself with it legendary characters and plot development.

The original story focuses on Luke, a man who desires to become a Special Forces member termed Jedi. His only wish goes through a pool of deadly trials to reach completion. However, it is just the beginning.

Like the fantasy of The Lord of the Rings, The Chronicles of Narnia also ventures into a new world.

The said series premises the lives of four siblings as they enter the world of Narnia. They discover magical creatures and evil witches and even succeed in befriending the King of Kings, Aslan. But the story only begins following many great ordeals in the life of the Pevensie siblings.

Pirates of the Caribbean is yet another adventurous ride fueling the desires of everyone who fantasizes about pirates. The characters and their phenomenal performances brought life to the characters that became legends.

The series showcases the famous pirate Jack Sparrow played by Johnny Depp. It chronicles his adventurous journeys with his fellow Will and Elizabeth, the lady he admires.  From a pirate to the captain of a ship and going to the world of the dead, the series follow Jack and his life strictly.

Eragon takes apart from The Lord of the Rings and makes the best of it. The former is about the historical times in a fictional world where dragons and dragon riders existed.

The plot unveils a poor boy named Eragon. His mundane life flips when he picks a dragon egg mistakenly. With Saphira the dragon, Eragon emerges as the last dragon rider and ultimately becomes the one to challenge the evil monarch.

More Films To Watch If You Loved The Lord of the Rings (Series):