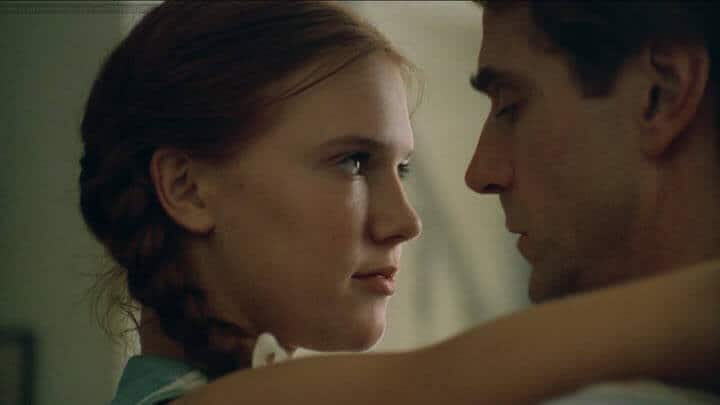 Romance and drama are the most basic genres that made the entertainment industry fall on its knees. It is one of the oldest genres that laid the building blocks of entertainment. In the early years, drama and romance were showcased in depth with passion. Lolita is one such movie about the passion and obsession of a man.

Humbert is a fine man, looking for a place to live. When Humbert enters the house of Charlotte, a beautiful widow, he discovers Lolita, her teenage daughter. From that point onwards, his obsession with Lolita starts making him marry Charlotte.  However, certain incidents lead Humbert and Lolita to cross the line of a relationship between a stepfather and stepdaughter.

If you like the intense drama and romance between taboo relationships like Lolita, below are some suggestions.

Like Lolita, Beau Pere is a dramatic love story between a stepdaughter and her handsome stepfather. There is only one difference; Beau Pere portrays the girl’s obsession with her stepfather as opposite to what Lolita had.

The drama unfolded when Marion’s mother died suddenly and her stepfather, Remi, became lonely. At first, she only tried to comfort him. However, his charms lead her to seduce him. She fell harder for him with each passing day. Eventually, after suppressing himself for long, Remi gives in to Marion’s seductive attempts.

Miss Julie is a movie set in historical times. It depicts a reality of the time where giving in to desires would be considered a crime. With much of a muchness to Lolita, Miss Julie centers on a young lonely aristocratic lady named Julie.

She is living a mundane life with a wish to experience ecstasy. She lures her father’s handsome valet to her room to fulfill her wish. This marks the beginning of a romantic relationship dissuaded by many, followed by a lot of drama.

With much of a muchness to the characters in Lolita, The Lover is a dramatic love story between two individuals of different worlds. The movie begins with a young girl attracted to an older Chinese nobleman.

The relationship takes an eventful turn when the Chinese man falls for the alluring beauty of the young girl. Thus begins the drama, romance, and a lot more between people who were never meant to be together.

Following Lolita, Indecent Proposal is a tale of two love birds and their relationship threatened by an unlawful proposal. The movie showcases David and Diana, a happily married couple trying to survive financial crises.

With a chance encounter in Las Vegas, a billionaire offers $1 million to the couple if he could spend a night with Diana. David, reluctant at first, let Diana decide by saying she doesn’t have to, not for money. However, their relationship goes downhill when Diana opts for the one-night stand.

Akin to Lolita, Notes on a Scandal showcases the illicit relationships between three individuals. The movie begins when Sheba Hart, the new music teacher, enters the school premises. Her personality and beauty charm the older woman Barbara.

Sheba maintains an illicit relationship with one of her students, and the secret is discovered by Barbara. However, her obsessions with Sheba force Barbara to keep her lips sealed, and the drama begins.