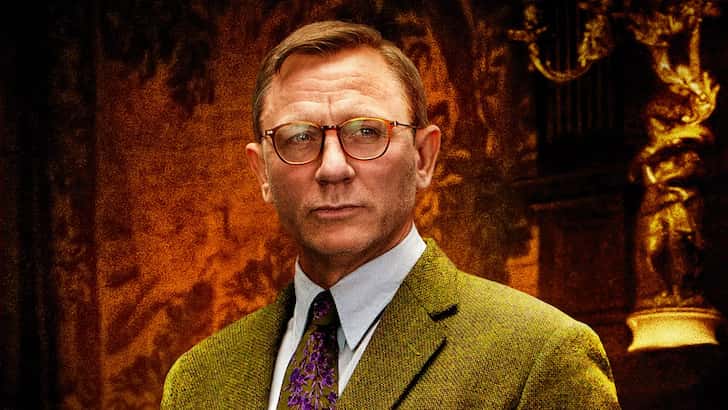 Mysteries are always intriguing. What makes them worth watching is how they develop with thrills and excitement. Making a mystery hilarious is one of the biggest challenges and Knives Out has nailed it. A quick-witted and skilled detective named Benoit Blanc is tasked to reveal the mystery behind the crime novelist, Harlan Therombey's unfortunate death.

With his eccentric nature and quirks, he is determined to deal with Harlan's family drama and reveal the play's culprit. Even being a crime-focused mystery, the movie is rib-tickling and hooks you with its atypical characters and dramedy.

If you are looking for a blend of crime, mystery, comedy, and family drama, then below are some suggestions for you;

The work of Sir Arthur Conan Doyle is an era defining. The Adventures of Sherlock Holmes is one of the best crime fiction mysteries of all time and got multiple adaptations every few years. Every single time the actors did justice to the roles.

The uncanny, high-functioning sociopath and the only consulting detective, Mr. Holmes, is set to find the mastermind behind the mysterious deaths in London. With his best and only friend, Dr. John Watson, Sherlock deciphers the tricks of Blackwood, who acts as he practices black magic.

The name of the movie is a reflection of what it holds. Mystery Team was one of the funniest and most intriguing mysteries that made sure to leave an impression. The film centers on Jason, Duncan, and Charlie.

The three childhood friends have an undying passion for becoming detectives. After playing detective for all their childhood, lady luck finally gives them a chance to make their name. The plot develops when the trio goes through the red herrings and solves their very first official case with flying colors.

Murder Mystery resembles Knives Out in many ways. The fun element, the hooking mystery, murder case, and a bit of drama between a couple. What started as a trip to awake the lost love between the cop Nick and Audrey turned into a nightmare.

After being framed for a murder, the couple experiences a roller coaster ride of emotions. As they solve the mystery of the murder, they are rewarded with the lost love spark they wanted.

If Knives out is a movie with comedy, mystery, and murder, Scream has more of a horror pushed by humor and slasher theme. It is one of the most famous horror mystery movies with dark comedy in the play.

The plot is about people screaming when a masked stalker and maniac attack them. His targets always seem to be high-school teenagers. The story interestingly develops when suspects swap with the victims.

Game Night resembles Knives Out in many ways, including the fun and party night turning into a nightmare. It is filled with mystery and thrills at each step that lures you further and further. The plot premises an everyday couple.

Max and Annie's casual and exciting murder-mystery-themed party turns into a horror story when all the supposedly fake crimes turn into a reality. The lot desperately tries to solve the mysteries and get through the nightmare.

More Whodunnit Films To Watch If You Loved Knives Out (2019):