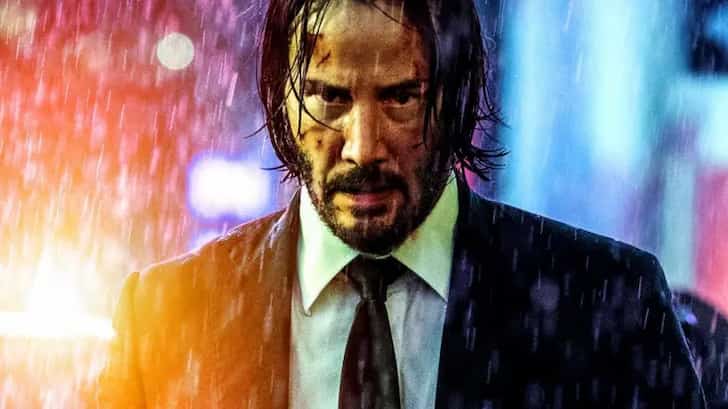 Hollywood has a knack for bringing the most bizarre stories on the stage. What may look like a typical story develops into the most intriguing and grasping one with every passing second. John Wick is one such movie staging a revenge story. However, it isn't a typical revenge story.

People have obsessions, but John Wick, a former assassin, had Daisy. A puppy that was a memento from his beloved deceased wife! When Daisy dies at the hands of mafia goons, it triggers the awakening of the sleeping assassin in John. Thus begins the gory one-way road of killing, leading to the revival of the deadliest assassin, John Wick.

If you want a thriller with some grisly crimes and a hell-bent and intimidating protagonist, then here are some for you.

Scary protagonists with a hidden past are in à la mode nowadays. Following that, The Equalizer takes place in Massachusetts. This calm city is home to ghastly crimes and the Red Mafia. The plot premises on Rob McCall, a former commando and spy.

Trying to live a quiet life after faking his own death, he is faced with a victim of forced prostitution. His instincts take the better of him. McCall sets out to deliver justice by single-handedly fighting the Russian Mafia.

Former spies and Special Forces agents with dark pasts have always been the attention of the lot. Unlike John Wick, The Punisher follows a story of a hardworking and just officer from the FBI named Frank Castle.

Losing his loving family at the hands of a crime boss, Castle returns to the game as a vigilante. The Punisher, aka Castle, is determined to execute the ones who brought ruin to his beloved family and serve justice.

Taken takes the next place, following the same line of deadly and hell-bent protagonists either trying to get revenge for their loved ones or saving someone from the criminal gangs.

Bryan Mills is a man equipped with uncanny and lethal ways of doing things, thanks to his former occupation. When his 18-year-old girl is abducted by sex traffickers in Paris, he vows to bring her back unharmed.

It is a story of a father who will flip the skies to save her daughter.

Spies are always the best when it comes to mystery and thrillers. With lethal protagonists in trend, Atomic Blonde adds to the list with Lorraine Broughton and her intuitive thinking. The plot is set in motion when Lorraine, a British Royal spy, is sent to do a deadly expedition.

The flawless and hottest spy is in Berlin to bring down a crime syndicate and recover a secret file. Lorraine is hell-bent on completing her mission with her destructive tendencies and spy skills. The thrills and action will surely give you an adrenaline rush.

Safe is the story of a former cop and a ring fighter that develops into a thriller and chase. Unfortunately, Luke Wright, a ring fighter, gets in the Red Mafia's way and loses his family in a blood bath.

However, he gets a chance to settle the score when he finds a Chinese girl the Red Mafia is chasing. Thus begins the revenge game of Luke and his ultimate best to save the young gifted girl.