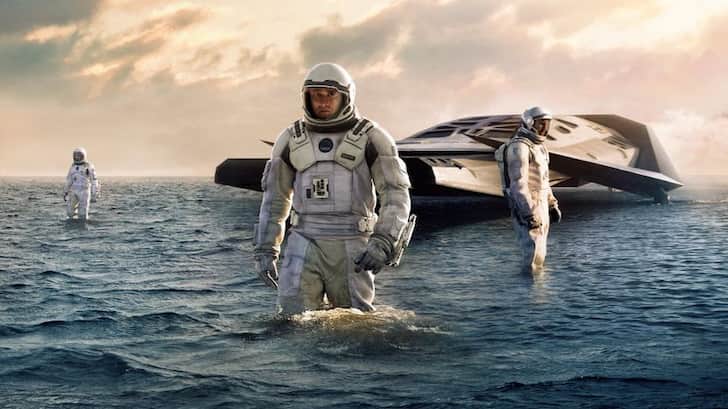 Sci-Fi dominates every other known genre in terms of vastness. Several movies these days fall under Sci-Fi, and among them, Interstellar from the previous decade tops all charts. It is an intergalactic space adventure with the most accurate scientific knowledge and exquisite portrayal.

Humanity is on the brink of destruction and loss of life resources. NASA decides to colonize one of the few reachable planets suspected to sustain human life. To confirm this hypothesis NASA’s ex-pilot Cooper and three other researchers man the mission.

Traveling through a wormhole, time relativity, exploring space, and witnessing a black hole are a few significant concepts the expedition experiences firsthand. If you are a science geek, then below are some suggestions like Interstellar.

The previous decade is named the time of celestial spaces. Following the concept of colonization of other planets, The Martian is a story of a lost astronaut. Mark Watney is stranded on Mars because of an unfortunate incident.

Instead of losing hope, he decides to live by using all his knowledge and testing his hypothesis. The plot turns utterly absorbing when Mark uses his botanist expertise to grow food on Mars. Plus, his struggle to return is the real deal.

With a touch of mystery and a bit of thriller Ad Astra is a very similar movie to Interstellar. Brad Pitt made sure to do justice to his character. When the universe’s existence is threatened by some unknown powers, Roy, an astronaut, travels to space.

To discover the reasons for the anomalies, Roy decides to take this chance to unfold the secrets behind his father’s missing ship. On Neptune his journey begins and unraveling of unexpected truths occurs.

Prometheus is a perfect blend of action, horror, thriller, mystery, and intergalactic space adventures. Interstellar and Prometheus share the same concept of traveling to space. However, Prometheus is more focused on extraterrestrial life.

To find the reason for the beginning of human life and discover the otherworldly life, a group of scientists led by Shaw and Holloway embark on a quest. With their contradicting beliefs, they are confronted with their worst horrors, and it is much more than they ever expected.

The Academy award-winning movie is truly a masterpiece. Gravity depicts the struggles of two individuals stranded in space with nothing but the vast cosmos against them. It gives a much deeper meaning through the exceptional performance of the cast and plot.

Dr. Ryan, a young medical engineer, teams up with the experienced astronaut Matt on his last mission to find their way back home. However, they soon realize that they must go farther and deeper into oblivion to find a way back home.

It is yet another thrilling space odyssey with much of a muchness to Interstellar. There is only one exception: Sunshine is focused on the revival of a dead sun to save human life from extinction.

However, the team of eight capable individuals is faced with misfortune when a single mistake throws them off their actual path.

More Films To Watch If You Loved Interstellar (2014):