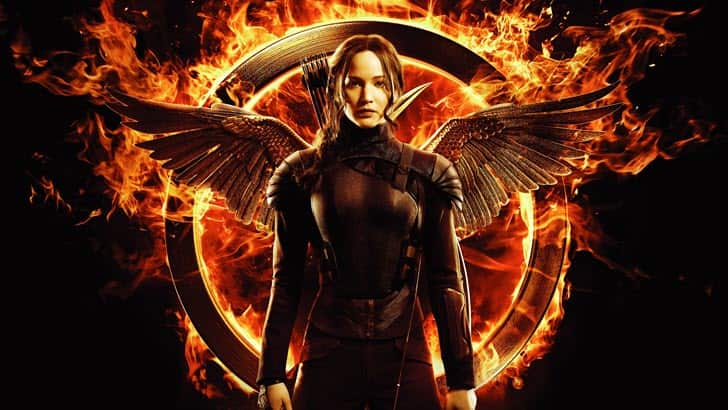 Fiction is one of the most popular genres targeting a broad audience. Fiction with added action and adventure is a bomb combination. The Hunger Games is one such series based on the novels of the same name by Suzzane Collins.

Set in a futuristic dystopian world where a grand city named Capitol, enriched with every luxury, rules over the less privileged 12 districts. Every year death games are held to remind people of the dark past and keep everyone in check. A butterfly effect begins when Katniss Everdeen, a headstrong teenager and an expert hunter, volunteers for her sister from district 12. She becomes the hope for a future the less privileged dreamed of.

If you like the mind games, adventure and action in The Hunger Games below will surely be to your interests.

Like The Hunger Games, The Ender Games is also adapted from its Sci-fi novel. It is also set in a futuristic world where space is no longer unreachable. After the last Alien attack, humans are preparing to terminate any such threat in the future.

Ender Wiggin is a young genius with an exceptional talent for strategizing and manipulating his surroundings. But to save the earth, he has to sacrifice his regular life and join the military training to become a ruthless soldier. The plot, action, and the story of the leads in both movies resonate.

The Divergent Series is another famous movie based on the works of Veronica Ruth, akin to The Hunger Games. Set in a post-apocalyptic world where people are divided among Five Factions based on their aptitudes.

With much of a muchness with Katniss Everdeen, Tris Prior is a misfit everywhere she goes. But that is only till she finds she is a Divergent, born to be different. A rift occurs when Tris decides to protect her family and friends from the controlling authorities leading to a fate she never imagined.

This one isn't as popular as The Hunger Games and still falls on the same line as the said one. The story centers on Jupiter, a regular girl living on earth.

Her mundane life changes when a hunter from space confronts her and reveals her unbelievable destiny. Now to save the world and her loved ones, she ventures through space, followed by betrayal, war, difficult choices, and love.

This one is pretty similar to The Hunger Games, with one exception. Katniss Everdeen is replaced by Thomas, a teenager with distorted memories. The thrilling adventures begin right from the moment he opens his eyes in front of a mystical maze.

With a group of teenagers like him, he has to cross the man-eating maze and come out alive. However, another trial awaits him, where the world's fate depends on his choices.

Rebels are one of the similarities that The Darkest Minds has with The Hunger Games. This one is set in a futuristic world that is scared of change. In such situations, suddenly, some people with supernatural powers surface.

They are considered a threat and confined. One individual named Ruby, with the strongest powers, becomes a rebel and runs to save himself. However, soon his fears follow up. Now fighting against them is the only solution he has if he wants to save his loved ones.

More Films To Watch If You Liked The Hunger Games (Series):