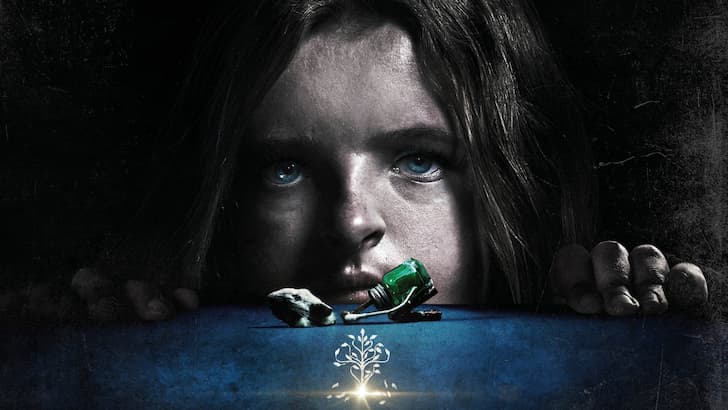 What gives you a good scare, if not a movie that lets you have a bone-chilling experience with fear on your tail! Horror is always a genre best showcased with a combination of supernatural entities and psychological thrillers. Hereditary is one such movie that shook the audience with its sinister sensations.

The plot centers on the wealthy family of Grahams. After the lady of the house passes away, Annie Graham prepares for her Mother’s funeral. However, the fortune left behind by her Mother brings sinister beings. Annie and her family are haunted by an unknown entity that slowly creeps in on them and makes them lose their rationality.

If you enjoyed the cold shivers in Hereditary, then below are some similar suggestions.

Mother is one of the best and most twisted psychological thriller and horror movies of 2017. The chills and thrills and eerie feelings are similar to Hereditary but perplexing. The plot centers on a Mother and her writer husband named Him.

The eerie mystery unfolds when the psychotic writer uses the Mother to fuel his inspirations. With uninvited guests, the sinister feelings escalate. The Mother witnesses her newborn baby mutilated and her lovely home being burnt. However, the cycle resumes the moment the Mother turns to ashes.

It is one of the best psychological thriller and horror movies of 2019. This masterpiece gets a 10 on 10 in displaying the broken and affected personalities of traumatic people who survived tragedies alone.

To keep their failing relationship intact, Dani joins her boyfriend Christian on a trip to a Swedish town. Unbeknownst to them, the townspeople follow sinister and hideous traditions for the sake of moving on. Their adventurous trip turns to gore and a bloodbath with terror shadowing them.

The Witch is a horror movie set in medieval times where witchcraft and black magic was not in mere fairy tales. The plot focuses on a farmer’s family and their eldest daughter Thomasin.

The curtain rises on the eerie and dark tale of witchcraft when Thomasin’s baby brother disappears in front of her eyes. Everyone accuses her of not taking care of her. However, this dark event leads her to follow and practice witchcraft resulting in more deadly events.

Sinister is a movie similar to Hereditary, instilling fear in the audience and maintaining spine-chilling sensations. It displays the story of a crime writer named Ellison Oswald, obsessed with delivering a hit project at all costs.

After some severe events, he and his family move to a house where dreadful murders of a family occurred previously. To write an authentic and thrilling story, Ellison begins his search for clues. However, what unveils in front of Ellison is a supernatural entity that is now targeting him and his family.

The Lodge is based on cult practices and follows a dark theme. The eerie sensations, the dark shadows, and the creeping fear are similar to Hereditary. The Lodge follows the horror story of a family spending Christmas at their Lodge.

The siblings' Mia and Aidan have to spend a few days with their soon-to-be stepmother whom they don’t like much. After some terrifying and puzzling events, the three begin to cooperate with each other. However, things turn darker when Grace’s trauma resurfaces and the evil manifests in her very being.

More Films To Watch If You Loved Hereditary (2018):