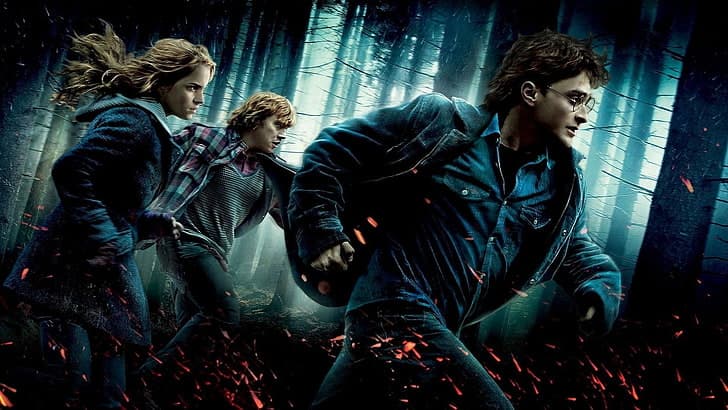 Harry Potter is a fantastic fantasy about a world filled with magic, wizards, and vast knowledge about various types of magical arts. This phenomenal adventure was era-defining and set a standard for many fantasy movies.

Based on the novel series of the same name Harry Potter chronicles the life of an orphaned wizard. The series portrays the transitions of an 11-year-old Harry from a lonely, pitied and unwanted child to a powerful wizard with lots of wealth and sincere friends. Few recommendations if enjoyed the wizards in play.

As if Harry Potter was not enough for an exceptional wizarding journey, Rowling blessed the world with another series of her work. Fantastic Beast is more suitably defined as a prequel to Harry potter.

Set in the early 1920s, the series premises the emergence of magical beasts and the resulting effects of their release on both humans and wizards. The movie begins with a wizard named Newt and his fateful encounter with a regular human named Jacob, leading to a series of events.

Based on the famous works of C.S Lewis, The Chronicles of Narnia is a hair-raising and other worldly fantasy. It appeals to various audiences with its ensemble cast, extraordinary visuals and a captivating plot.

When the youngest of the four English siblings Lucy, stumbles upon a secret door, it leads her to a magical world named Narnia. Soon her siblings join her and witness the magical world. They become allies with the King of Kings, Aslan, the talking lion, and their adventures begin.

Similar to the fantasy of Harry Potter, Percy Jackson is the movie adaptation of its novel. The significant difference is that this one entails the Olympians instead of wizards. The series starts with the teenager, Percy Jackson.

In his unsettling life with unanswered questions, he discovers the truth of his life. Knowing that he is a demi-god and son of God Poseidon, his life enters a whirlpool. His quest to meet his father and discover more about the Olympians begins with his friends Annabeth and Grover.

It is one of the remarkable magical-fantasy-trilogies. Author J.R.R Tolkien gave the fantasy world a new track akin to Harry Potter. The series depicts the power struggle between various powerful races to grasp hold of a ring that defines the very meaning of power.

The battle for the rings takes an unimaginable turn when fate selects a hobbit named Frodo Baggins as the next owner of the most powerful ring. Frodo’s simple life turns into a dangerous adventure with the realization that he is now responsible for something far more significant than his imagination.

Based on the novel of the same name, Miss Peregrine’s Home for Peculiar Children is yet another mystical vision. It focuses on the life of Jake, a teenager, as it changes drastically one night.

After the death of his grandfather, Jake discovers the secret world his grandpa talked about. With the revelation of incredible magical creatures and threats, he finds his own peculiarity. His thrilling and mystical quest begins as he vows to protect his friends from evil creatures.

If you love the thrilling quests of Harry Potter then below are few more worth watches for you: