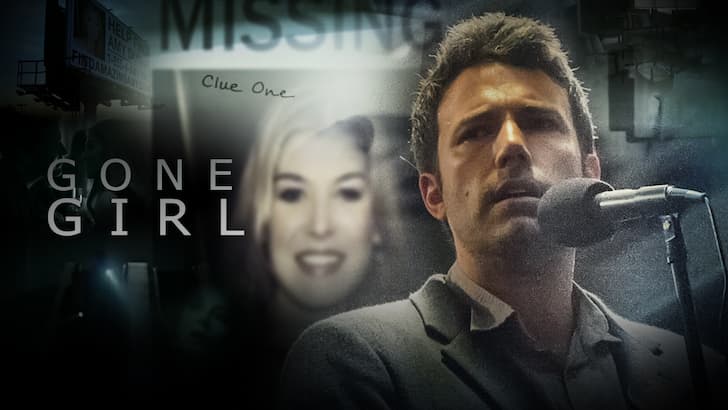 David Fincher's Gone Girl, adapted from the works of Gillian Flynn, is a phenomenal psychological thriller with much drama. The movie is a complete mystery from beginning to end and keeps the audience at their wit's end.

Amy and Nick maintain a façade about their happily married life. However, things go dark when Amy goes missing. Stuck in the ruckus, apprehended and loathed by everyone, Nick desperately tries to come out clean.

However, he later understands that he is heavily wedged in a brilliantly laid out ploy that portrays Amy's true nature as a psychopath. Below recommendations will help you relive the thrill from Gone Girl;

Dark Places is yet another psychological thriller and mystery that shows multiple characters, each with a possible mental disorder. Although not as famous as Gone Girl, Dark Places is still one of the best mysteries as it keeps the audience hooked till the last moment.

Libby Day lives under the false pretext that her brother is the one who ruthlessly killed their family years ago. Her fears and PTSD lead her to an amateur’s crime-solving Club. Her mundane dull life changes as she discovers the secrets of the massacre.

Thoroughbreds is similar yet contradictory to Gone Girl simultaneously. The character Amanda, portrayed by Olivia Cooke, has an uncanny resemblance to Amy. Both of them struggle with loving a person and hating them simultaneously.

Amanda suffers from a disorder where she lacks emotions, but her life is stirred up when her childhood friend Lily returns. As they bond with each other, unexpectedly, they end up plotting a murder.

Alexandre's life of mourning his beloved wife's death takes an unexpected turn when he receives a clip of his wife enjoying her life perfectly well and alive. To add to his horrors, he is on the run as the police suspect him of two murders which resemble to that of his supposedly dead wife.

Se7en is just like Gone Girl, with one exception here it is a serial killer that no one knows of. It is an exceptional psychological thriller and crime mystery with much drama. The city is haunted by a serial killer.

Detective Somerset and Mills are assigned to solve the case of a psychopath. Discovering that the psycho killer follows the seven deadly sins as his motivation to kill, the duo starts their search. The plot turns dramatic when their lead takes them to unexpected revelations.

Fight Club is much of an action thriller with crime centering it. An insomniac Narrator, played by Edward Norton, is living a mundane life. However, an illegal club fighter named Durden encounters him with a stroke of luck.

That which started as an unexpected friendship, as they live together under the same roof, starts becoming a competition. A girl named Marla enters their life, and it becomes a love triangle fueled by jealousy and whatnot.

If you enjoyed watching Gone Girl and the above ones, then here are some more similar finds for you: