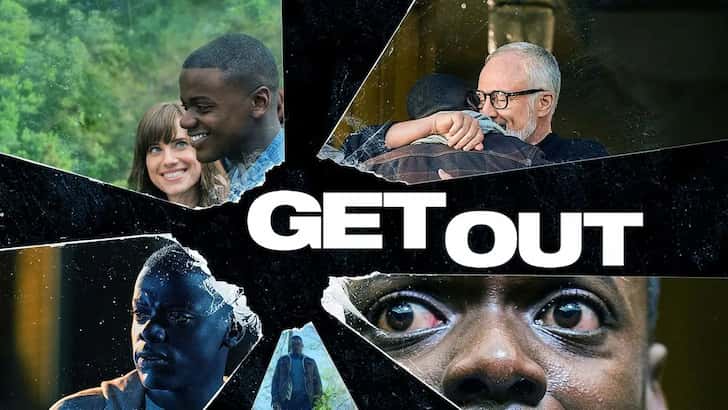 Get Out is a remarkable masterpiece from Jordan Peele. No one thought that someone with comedic tendencies would nail it with his debut in the horror genre. The movie became a hit in no time and was applauded by all.

A unique story begins as an African photographer named Chris goes to visit his girlfriend’s parents. His nervousness was a given, but Chris noticed an abnormality in the behavior of Rose’s (the girlfriend) family. Unbeknownst to Chris, the said family was at odds with his race.

As he lives there for the weekend, he notices strange things threatening his life. The story turns dark and eerie when Chris discovers the gory secrets of the white American family. If you enjoyed watching the psychological thrillers like Get Out, then below are some similar suggestions for you;

Akin to Get Out, Mother is a twisted, psychological thriller following the horror genre. If you think your brain can take a confusing story and your body can bear the fright at once, dare yourself with Mother.

The story begins with Jennifer Lawrence as the Mother. Living her life with her middle-aged husband, she goes through a series of peculiar events. The more she tries to understand, the darker things get. It leads to the revelation that her husband is not just a psychopath writer but much more.

Following the same plotline as Get Out, Donnie Darko is another unique film. This one differs from Get Out because it encompasses sci-fi and fantasy followed by drama.

The plot revolves around Donnie, a teenager. He has a habit of sleepwalking, a giant rabbit friend, and a few dream sequences. But you will have to rack your brains to determine if what you see is a dream or reality.

Escape Room is a thriller like Get Out, only more severe. Escape Room got all kinds of adaptations based on the best-seller novel of the same name. Filled with mystery and deadly challenges, Escape Room keeps the audience hooked with its thrills and excitement.

You get $10,000 if you solve a puzzle and move to the next room. The only condition is to stay alive and escape the room. The movie revolves around six strangers in a building playing a nerve-racking and deadly game for a considerable sum.

Ever suffered from sleep paralysis or perhaps a nightmare where you are being chased endlessly. You shout, but your voice isn’t there, and you try to find a way, but it’s no use. Hush manifests your worst nightmares, giving you exact chills and thrills like Get Out.

The plot centers around a deaf and mute horror author named Maddie. The deadly chase begins when a psychopath murderer makes her his next target. But whether she can survive such a petrifying tragedy or not is another thing.

Parasite is a Korean movie that resembles Get Out the most. An odd family does hideous deeds to satisfy their desires. Ki Woo from the Kim family gets a chance to tutor a daughter of a wealthy family, surnamed Park.

Ki Woo thinks of this as a perfect opportunity to free them of poverty. He utilizes his exceptional brain. The Kim family infiltrates the Parks for something much bigger than just leeching off their money.

More films to watch if you loved horror thrillers like Get Out (2017):