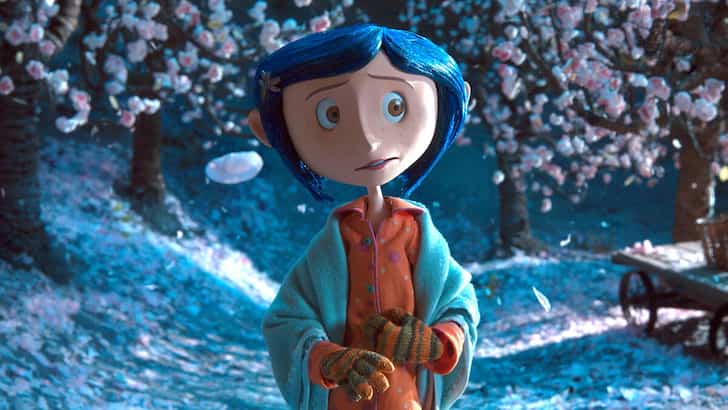 Stop-motion movies are trendy now days as they bring out a version of imagination that connects deeply with viewers. They are animated pictures with art and visuals that resonate with reality. Similar yet different at the same time! However, their popularity is also increasing, bringing them into the spotlight.

Coraline is also a stop-motion picture that gained considerable popularity as soon as it hit the floors. This stop-motion picture showcases a young girl named Coraline and her adventures in the parallel world. At first, the other world felt warmer and better than her real one.

However, when the dark realities of the characters from the other world surface, Caroline tries her best to return to her own world. If you enjoyed the adventurous escape of Coraline, below are some recommendations.

With a very similar plotline to Coraline, Corpse Bride is also a stop-motion picture with a thrilling adventurous theme. Unlike Coraline, the protagonist Victor in Corpse Bride is sucked into the underworld before his marriage ceremony.

Emily is the dead bride who brought Victor to her world to fulfill her wish. However, Victor has to go back up at all costs because he has to save his to-be-wife Victoria from marrying an evil man. But who will be Victor’s bride?

This is yet another adventure-filled thriller and fun stop-motion move. The story is akin to Coraline, but the protagonist does not travel to another world in this one. However, he witnesses the same world from another perspective.

The movie begins with James, a pitiful kid. One day his regular and sad life halts when he shrinks down to the size of an ant. He is saved by some friendly and civilized insects. James befriends the talking insects and embarks on a journey to discover this new world.

It is one of the best-animated movies. Even though it isn’t a stop-motion picture, the dramatic plot, adventure and thrill are ditto of Coraline. The plot follows a hyperactive girl named Chihiro.

Her trip turns darker when her parents enter a forbidden and sinister-looking garden. If that wasn’t enough, they turn into pigs. A helpless Chihiro cries for help, and a mysterious and pretty boy appears for the damsel in distress. Her dramatic and thrilling adventures of magic, witches with a touch of love have just started.

This one is very much like Caroline. The only difference is that the MC named Eggs lives with a unique species named Boxtrolls. The story begins with Eggs living and enjoying his mundane life with mischievous Boxtrolls.

One day things take a scary turn when the Boxtrolls face the threat of extinction. Eggs vow to save his world and family and venture out to find help. The said help arrives in the form of an energetic and headstrong girl named Winnifred. This marks the beginning of their adventures and friendship.

Dan, Rob, and Pamela are intelligent and mischievous kids like many their age. During Halloween, they get a chance to enter a house in their neighborhood. To their dismay, the house is haunted by its previous owner’s ghost, and she surely does not like kids. The scariest Halloween has just begun for the trio.