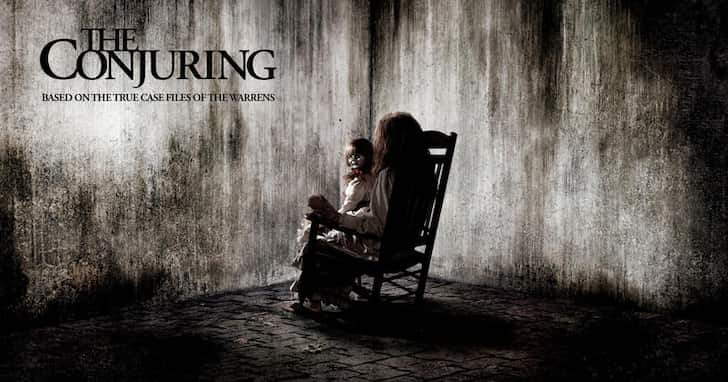 If a movie gives you a bone-chilling experience with haunting aftereffects, it deserves applause. The Conjuring is one such movie and a franchise that started to portray real-life paranormal events with a bit of twist.

It became a famous hit because of the eerie and sinister vibes, and its touch with reality was a bonus. This movie centers the Paranormal Investigators Ed and Lorraine Warren. It focuses on one of their cases that marked the beginning of a series.

The Perron family discovers the dark history of their farmhouse as they feel a dominating spiritual presence. To help sort out the matter, they seek help from Ed and Lorraine. However, things turn threatening as the dark spiritual entity possesses Mrs. Perron. Find some similar recommendations below if you liked The Conjuring;

A haunted house, a malicious spirit, and some exorcists are essential in a horror movie. Like The Conjuring, Insidious is a tale of an evil spirit possessing innocents.

Josh and Renai, a regular couple, move to their new house with their kids. Their life flips when one of their sons becomes possessed by a threatening evil. The story turns darker when trying to save his son Josh himself brings back an unearthly entity.

Annabelle is the manifestation of anyone’s worst nightmares. It is a spinoff of The Conjuring with a bit more horror crawling up your back. This horror one unveils the ugly and terrifying side of a pure doll in white clothes.

The ordeal begins when a loving husband brings his wife a doll. With a turn of events, the beautiful doll becomes the vessel of an evil spirit. The terror of Annabelle begins with blood splatter and sinister deeds.

The Conjuring mentioned one of the greatest evils, the Valak. The Nun is considered a prelude to the said tale. Iy unveils the uprising of Valak. When Sister Victoria hangs herself, leaving many unanswered questions, Sister Irene is sent to discover the truth.

She is shown visions of the events in her attempts to know the truth. It leads her to the truth that Veronica sacrificed herself to avoid becoming a possession of the Valak. With a life-threatening exorcism, Irene believes Valak to be gone. However, evil always remains.

Like The Conjuring, The Exorcism of Emily Rose is a horror thriller following a crime mystery. The name of the movie itself explains the story. As many believe that spirits don’t exist, Emily’s exorcism becomes a murder.

The priest holds his ground on what he saw and went through. One calls it a psychological problem, and the other a phenomenon beyond science. However, no one believes the truth that is more eerie and sinister than one can imagine.

One of the most terrifying horror movies of the late 1900s that set a mark for the ones to follow is The Exorcist. Akin to The Conjuring, in The Exorcist, a young girl named Regan is possessed by a strong evil.

Things take a dreadful turn when Father Karras and Father Merin team up to perform the exorcism. The reason is that one of the priests struggles with his faith, giving the evil spirit a way out. It becomes a battle of faith against evil that leaves everyone in shivers.

Some similar recommendations if you liked The Conjuring (2013-2021):