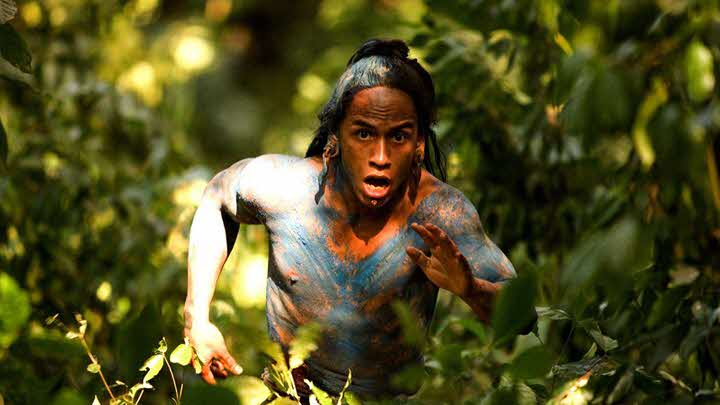 Apocalypto is one of the best adventure and thrillers that hardly comes around. Mel Gibson’s Apocalypto strongly follows a myth and represents the beliefs and stronghold of people blinded by superstitions.

The plot showcases many things and among them, it focuses on the survival of the tribe Chief’s son, Jaguar. As per their belief, the Mayan kingdom abducts local tribesmen to please their lord as a sacrifice. Jaguar’s fate brings him into the lot as one. He uses his survival and hunting skills to save himself from the dark fate and desperately tries to reunite with his wife and son.

If you enjoyed the thrilling adventure of Jaguar from Apocalypto, below are some similar picks.

Similar to Apocalypto, The Dead Lands follow the same plot of tribesmen, warriors, adventure, and slaughter. The thrilling adventure begins with Hongi, a teenage son of the tribe’s chief.

After losing his father and beloved people in manslaughter by the bad guys, Hongi vows to bring honor to the lost souls. However, he alone cannot stand against the exceeding numbers. To avenge his father’s death, he follows the track of a mythical warrior who would help him in his plot.

With a touch of drama and sprinkle of thrills over a truckload of adventure, 10,000BC is akin to Apocalypto. The warriors and their will to protect their beloved and an overpowered enemy are the same in both movies.

The plot follows D’Leh, a master hunter. When his love interest and many others are taken hostage by the slave-hunters, D’Leh vows to bring them back safely. With his hunting skills and a little help from his giant friends, he rises as a leader and a hero.

The movie follows a group of friends out in the jungle for an adventurous holiday. However, their plans fail big time when the evil of the jungle eats them alive. Will they ever be able to escape the carnivorous evil?

The Revenant is one of the best similar movies yet different from Apocalypto. The movie was set in the 18th century. Similar to Jaguar from Apocalypto, this one showcases Hugh Glass.

The plot centers on a mountain man named Hugh. After an eventful day, he is abandoned by his own people. To avoid dying a worthless death in the raging cold with a constant threat of bears and wolves, Hugh fights for his survival against all odds.

Braveheart and Apocalypto are very much the same. They both focus on heroic figures and their tale of survival. Braveheart is a movie set in medieval times and follows the heroic legend of William Wallace.

After losing everything he ever cared for, William starts rebelling against the English. His unstoppable victories became a thorn in the King’s path. Slowly, William became the symbol of hope and victory. However, the end of such a hero is the one that makes him a legend.

More Films To Watch If You Loved Apocalypto (2006):