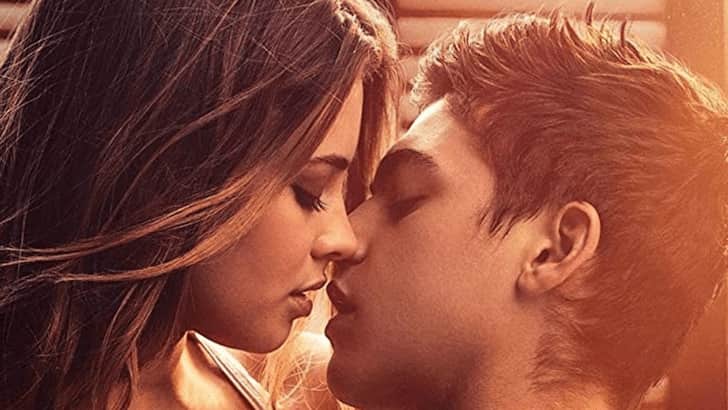 A typical romance story does not entice anyone. However, the same typical love stories make the highlights with a bit of melodrama. After is a melodramatic love story based on a novel of the same name.

It is the story of an interaction between an honor student named Tessa and a wealthy playboy Hardin. Tessa's normal everyday life is stirred up when Hardin has his attention on her. Tessa thought it was her being affected. Unbeknownst to Hardin, he was the one falling hard for Tessa. The story unfolds with a lot of drama but leads to a happy after.

If you enjoy watching melodrama with romance like After, then check out our curated list of similar movies below.

A sneak peek of every happily ever after is sometimes a must to see the realities. After We, Collided is Tessa and Hardin's progressing dramatic love story, where they left off in After. The couple thought it would be love and sweet moments after the confession.

However, as they grow closer, they begin to understand each other better. Hardin's past and his temperamental behavior create insecurities in Tessa. Yet Hardin has his mind set on loving and keeping his girl beside him forever, and he will do everything to make it possible.

In the case of drama and romance, The Lucky One is pretty similar to After. The story starts with a US Marine named Logan returning from his war tours. After a fateful incident, he got a lucky charm. It's a picture of a lady named Beth.

This time, Logan sets his mind to finding the lady and confesses his respect and love. Fate brings the two together, but some secrets keep them from staying together. After some drama, Logan discovers Beth's traumatic past, and their love story begins.

With much of a muchness to After, A Walk to Remember is another melodramatic love story of a wealthy playboy and an innocent girl. Landon, the cool playboy of the college, falls for the not-so-talkative and content Jammie.

Landon's abrupt and rough life filled with artificial things changes drastically. Their love life begins after a set of series; however, things turn teary when Landon discovers Jammie's decaying health. But that doesn’t stop him from loving Jammie.

Set in the early 1940s, The Notebook portrays the dramatic love story of a wealthy aristocratic girl named Allie and a commoner named Noah. Their love was discouraged by the laws and etiquettes of society.

After a gap between the two, when Noah returns from war, he meets the already engaged Allie. Their love that they thought was gone sparks again, and the two come together against all odds.

Like After the Longest Ride is a dramatic love story, with one exception, this one starts where After left off. Luke and Sofia are madly in love with each other.

Yet, their different careers and ambitions force them to live lonely lives. They meet an old man named Ira with lady luck's blessing upon them. Ira's love life becomes an inspiration for Luke and Sofia, and they choose to stay together, defying all odds.