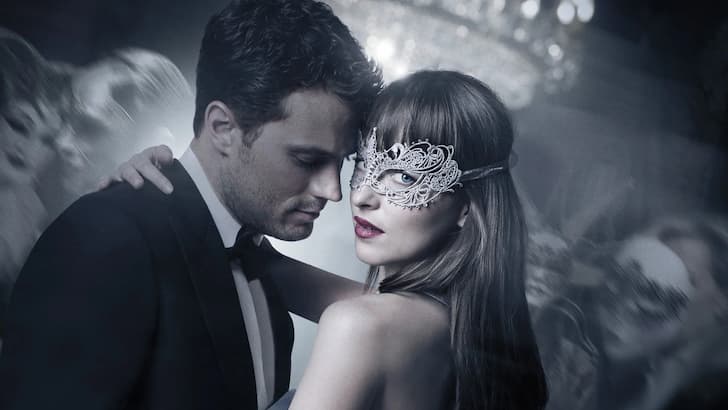 Based on the famous novel by E.L James, 50 Shades of Grey is exactly as its name says. It is filled with titillating and provocative intense scenes that are all basic to portraying the sadistic nature of Grey.

A handsome young businessman named Christian Grey and the college student Anastasia feel a spark between them in their first meeting. As it grows into a complicated relationship, Ana discovers that Chris is a sadist and has destructive tendencies towards everyone.

Things turn steamier with revelations to Ana and Chris that they can't love each other in this sadomasochistic way. Still, they can’t let go of each other. Some more recommendations if you enjoyed the titillating sensations and the love story in 50 Shades of Grey;

Following the love and drama of 50 Shades of Grey, Lust, Caution also premises the planned and fateful encounters between a Chinese college student named Wang Jiazhi and a government official named Yee.

Set in 1940s Shanghai, Wang Jiazhi ends up becoming a spy working for a man named Old Wu. The simple mission to seduce and kill Mr. Yee turns into a steamy scandal as Wang finds herself bewitched by Mr. Yee.

Things turn juicy when a detective named Nick finds Catherine as a suspect in a murder case. To find the murderer, Nick plays into Catherine's seductive advances only to lose himself in pleasure. Things turn complicated as a new suspect named Dr. Beth enters the scene.

As the name says, it's a romance followed by comedy. Like many usual stories, Friends with Benefits follows a plot where two strangers end up together as if destiny.

Jammie and Dylan, two professionals with many broken relationship experiences, decide there will never be love for them. They share compatibility that develops into friendship and leads to benefits. However, this relationship enters a swirl as they start having feelings for each other.

A movie similar to 50 Shades of Grey in terms of plot and characters would be Secretary. The only visible difference is the mature characters. An emotionally damaged Lee opts for a job as an assistant for Lawyer Edward Grey.

To seem normal she halfheartedly dates dull Peter. However, she finds herself enticed by her boss Edward and they indulge in the same sadomasochistic behaviors as Chris and Ana.

Yet another romance thriller like 50 Shades of Grey, except that Grey is replaced by a 40-year-old piano teacher named Erika. Reversing the situation, Erika fantasizes masochistic gratifications.

With a turn of events, she gets a chance to fulfill her desires. One of Erika’s students, Walter, seduces her with the intent to love. However, things don't go Erika's way once Walter lets her experience one of her wild fantasies.