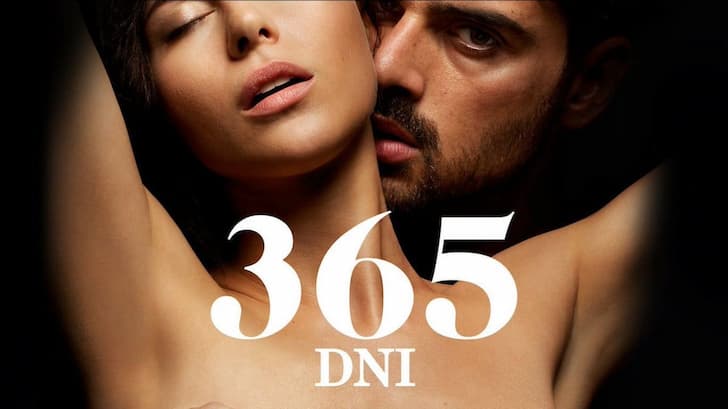 Who knew that Poles would hit the floor with one of their best, hottest, and most dangerous love stories. The titillating and spicy love between the Polish Mafioso and a sales manager is straight out of a fairy tale.

Massimo, the handsome and hot Mafioso, falls in love with a beauty in a near-death experience a few years back. The said beauty, Laura, is eyed by Massimo on her trip to Sicily and later kidnapped. “Fall in love with me; if not, I’ll set you free,” Massimo proposes a contract for 365 days on said condition.

If you are looking for some steamy love stories with a fairy tale touch similar to 365 dni, below are some recommendations.

True Romance is an exciting love story that sometimes gives an adrenaline rush. The movie hit the theaters in 1993 and made a lasting impression. The attractive and stirring plot and the gangsters chasing the couple provide a similar feel to 365 days.

The comic geek Clarence falls in love with a prostitute named Alabama. The plot turns exciting when Clarence and Alabama sell the drugs they mistakenly took from the motel. Their mini-break turns into a thrilling chase after the local gangsters get wind of the drugs.

Reversing the plot of 365 Days and twisting it a bit would give you In the Mix. The story is a complicated, cute, humor-filled adventure with romance at its center, like a fairy tale where a commoner saves the princess, and she falls in love with him.

In the Mix tells the tale of Darrell, the handsome DJ, and Dolly, the daughter of a gangster boss. Darrell and Dolly become close when the former becomes her private bodyguard. However, the dramatic twists make the plot exciting when Darrell is dragged in the mob war.

It is a remarkable story yet a cliché like any other dramatic fairy tale. Raquel’s fixation on the handsome, rich neighbor Ares was increasing so much that lady luck bestows upon her a chance encounter with Ares.

The story develops with many pushes and pulls from both sides and steamy nights and moves towards a typically dramatic end. However, the thrill and excitement are similar to 365 Days through and through.

The nerdy peeps turning into bold and love-struck individuals are always an attraction. The movie After follows in the footsteps of 365 Days, where an innocent girl falls for the college’s bad boy.

Tessa, the honor student who only knew books has her world shaken by the handsome Hardin. The one who breaks all rules seemed like a star in Tessa’s eyes. Their romance develops, followed by much drama, and each is affected by the other deeply.

Based on the same theme as 365 Days, however, Bugsy is more focused on a conman and his endless desire to promote Gambling. The film depicts the harsh realities of huge casinos handled by con artists and gangsters.

Bugsy is an ex-con trying to settle in Las Vegas. His encounter with the famous beauty Virginia Hill has him hooked. A steamy love affair breaks between the two, fueled by the bottomless efforts of Bugsy to be the king of Gambling in Las Vegas.

More Films To Watch If You Loved 365 dni: